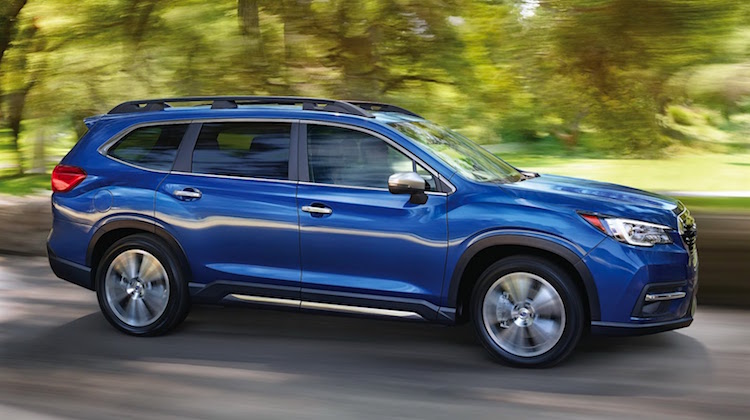 The 2019 Subaru Ascent will come equipped with 19 cup holders, which is more than any mass-market vehicle ever produced.

Given the SUV seats up to eight people, that’s about 2.4 cup holders per passenger.

“Beyond the traditional pair in the center console next to the gear shift, the majority of these holders in the Ascent are tucked into interior side panels — up to three per side in the rear,” says The Wall Street Journal. “Subaru also makes use of the middle armrests in the second row, even though deploying them means one less passenger in the eight-seater version.”

Of course, the cup holders come in various sizes — some small enough to fit a Starbucks skinny latte, others large enough for a 7-11 Big Gulp.

It’s obscene and potentially unhealthy, but exactly what Americans want.

“Our customers have been asking for it,” Wally Sommer, president of a Milwaukee dealership, told the newspaper. “We’ve lost business because we didn’t have a vehicle like this.”

A 2007 survey by PricewaterhouseCoopers found that many car buyers value the number of cup holders a vehicle has over more important factors, like fuel efficiency.

As crazy as it sounds, there’s actually a pretty rational reason for this seemingly irrational desire.

“Today, the average American spends about 50 minutes commuting each day,” writes The Atlantic. “Eating in cars is so common that some models come equipped with built-in vacuums to clean up the crumbs. Food and drinks ingested in cars have become such an important category that fast-food companies now test their food items for spillability and leakage — what they call ‘one-handed convenience.'”

So this is what it’s come to folks… We spend so much time eating and drinking junk food in our cars that the Japanese have manufactured an interior with 19 cup holders so we can do it more efficiently.

Upholstering a vehicle’s trunk can be … END_OF_DOCUMENT_TOKEN_TO_BE_REPLACED

We interview a lot of master craftsmen, but … END_OF_DOCUMENT_TOKEN_TO_BE_REPLACED

To run a successful auto upholstery shop, you … END_OF_DOCUMENT_TOKEN_TO_BE_REPLACED

Want to learn how to upholster a steering … END_OF_DOCUMENT_TOKEN_TO_BE_REPLACED