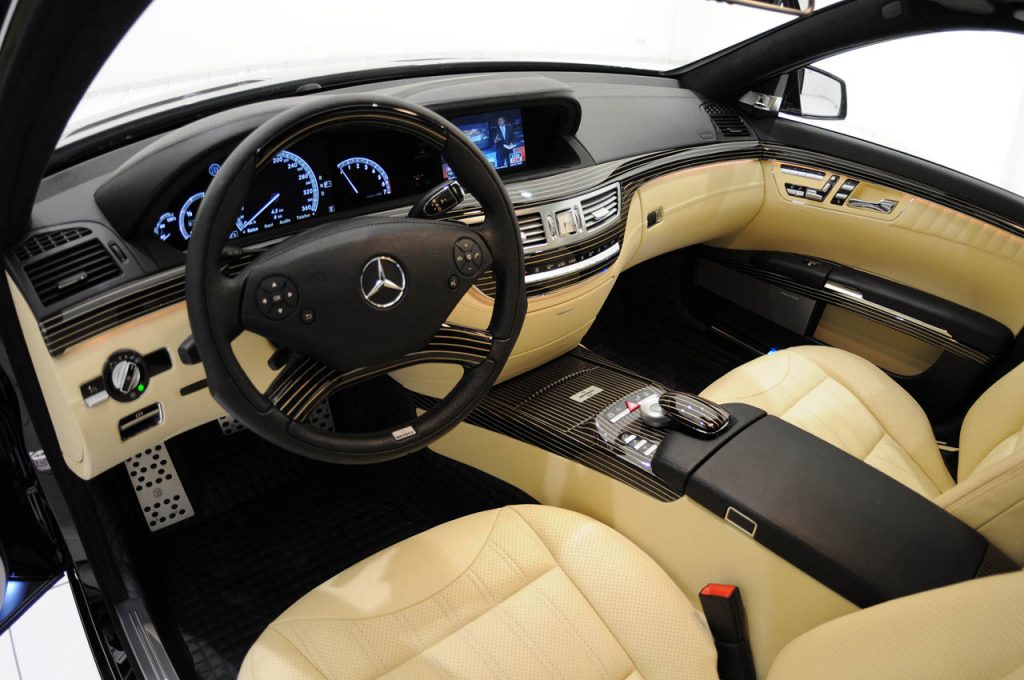 At the risk of sounding like a hipster snob, I’m obsessed with Apple products. I own an iPod, iPhone, Macbook Pro and am seriously considering the iPad 2. So, I suppose, it’s not all that strange that I’m obsessed with the new Brabus iBusiness 2.0 – an Apple-powered luxury office on wheels.

Based on the Mercedes-Benz S-Class, the iBusiness 2.0 is the first vehicle to have its entire multimedia system based on the iPad 2. According to Brabus:

The BRABUS “iBusiness 2.0” multimedia system perfectly integrates a choice of one or two iPad 2 tablets into the rear compartment. A custom-tailored version of the refined BRABUS table was developed for this purpose, which fits perfectly against the backrest of the front seat thanks to a custom-developed console. The electrically deployed and infinitely adjustable tabletop is covered with the same supple leather as the entire interior, and is bordered by an elegant high-gloss aluminum frame. The table features custom-tailored recesses for holding the iPad and the corresponding Bluetooth keyboard either vertically or horizontally.

The iPad2 not only controls the entire BRABUS multimedia system from the rear or the passenger seat. Due to its much higher computing power and up to nine times faster graphics compared to its predecessor it offers even more possibilities than the first “iBusiness” generation.

Via a WiFi network the iPad 2 is connected to a Mini Mac, which a serves as the central computer. The ultra-small yet powerful computer is safely housed in the S-Class trunk under the rear shelf in an electrically deployed drawer whose design mirrors the design of the computer itself.

The BRABUS electronics specialists also integrate the new tablet computer into the on-board electronics system. In this way the COMAND system and all its functions such as radio, navigation and telephone can be controlled from the rear seats.

When the iPad 2 is not in use or when the “iBusiness” is parked, it can be stored securely and hidden from sight in custom-tailored compartments in the BRABUS center console. An integrated docking station recharges its batteries.

A special BRABUS App for iPad, iPad 2 and iPhone is also part of the state-of-the-art communication concept of the luxury sedan.

A 15.2-inch TFT display with 16:9 aspect ratio serves as an auxiliary monitor for the new Apple tablet PC. The electrically deployed screen is stylishly integrated into the headliner covered with the finest Alcantara and contrasted with leather. The standard screens in the back of the front seats can be used for watching TV via DVBT or for other program sources.

High-speed USB ports integrated into the rear compartment allow connecting various peripherals to the Mac such as a digital camera. The “iBusiness 2.0” is connected to the Internet via UMTS and HDSPA.

The music comes from a 64GB Apple iPod touch that can store more than 14,000 songs. Digital television signals can be received via DVBT.

Don’t, however, think that this iPad on wheels sacrifices performance for gadgetry. In fact, it’s powered by an incredible 12-cylinder twin-turbo engine that produces 800 horsepower, let’s this beast hit a top speed of 219 mph and fly from 0 to 62 mph in just 3.9 seconds. 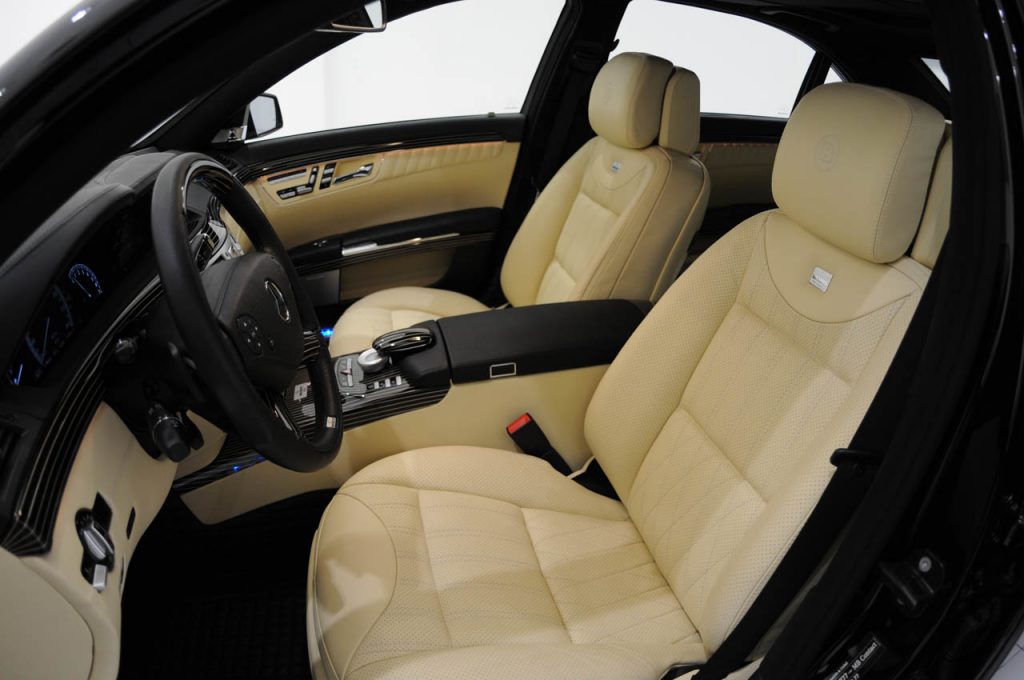 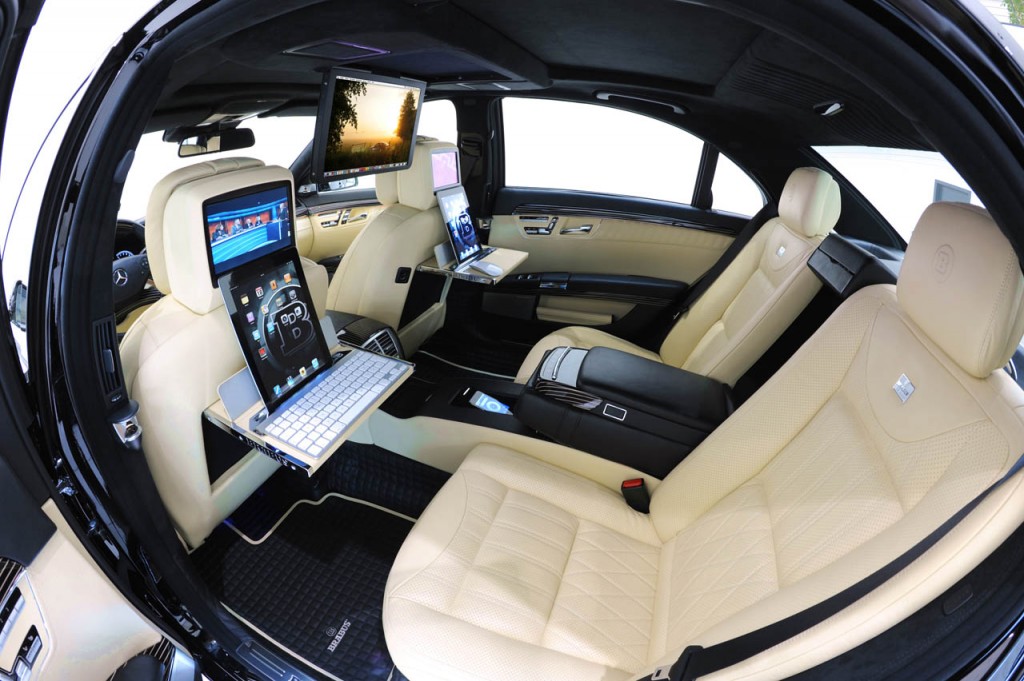 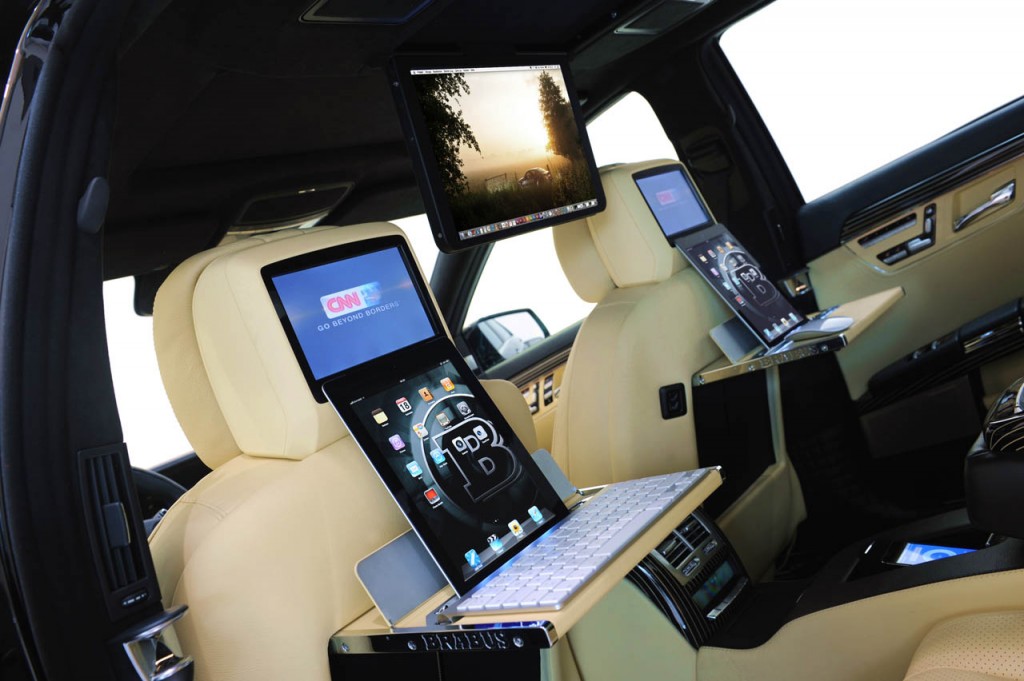 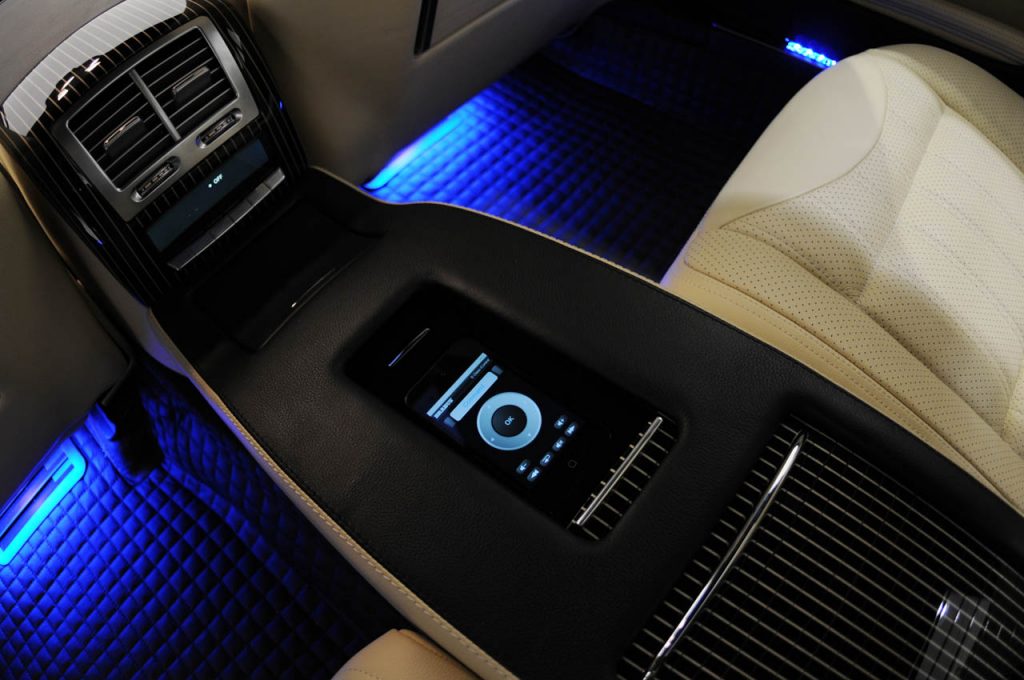 So what’s the cost? You don’t want to know. I, for one, am going to stick with the cheaper alternative of custom fabricating my dash to fit the iPad 2.

It’s no wonder the 1932 Ford Roadster is … END_OF_DOCUMENT_TOKEN_TO_BE_REPLACED