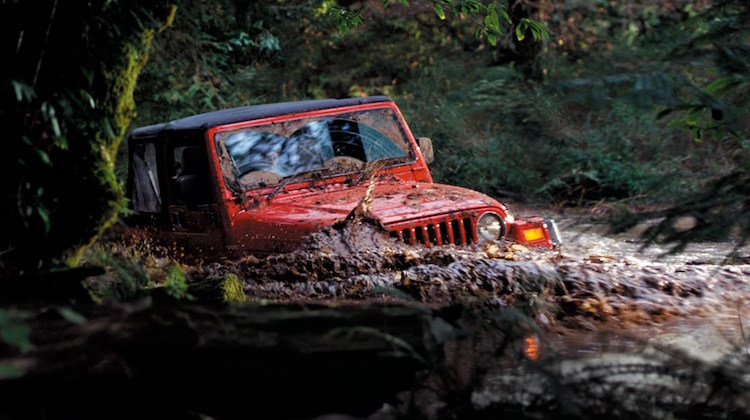 The Jeep Wrangler is one tough machine, whose rugged exterior and strong mechanics allow it to not only dominate streets and backroads, but also carve paths where none exist.

Not surprisingly, Jeep engineers go to great lengths to test and select soft materials that are just as purposeful and strong. Among them is Haartz Corporation‘s Twillfast RPC® and Single Texture PVC fabrics, which are used to make the Wrangler’s soft top.

Both fabrics provide superior acoustics, insulation and fit/finish properties that make them ideal for noise control on the Wrangler’s expansive roof without the need for additional acoustical padding. They’re also designed to withstand the rigorous flex and fold requirements of the Wrangler’s roof.

Of course, Twillfast RPC and Single Texture PVC are also waterproof, UV resistant and easy to clean — which is especially important to drivers who enjoy mudding.

Jeep’s decision to outfit the Wrangler in Haartz fabric isn’t new. In fact, the two companies go way back.

A Jeep Wrangler topped in any other fabric is incomplete, and surely isn’t up to the task of being used the way this rugged, all-terrain vehicle was intended.

That’s why we encourage all auto upholstery shops that make or install aftermarket Jeep tops to only use Haartz fabric. Not only is it original, but it lasts.

The business card has stood the test of time … END_OF_DOCUMENT_TOKEN_TO_BE_REPLACED

I recently had the opportunity to work on a … END_OF_DOCUMENT_TOKEN_TO_BE_REPLACED

After converting a 1961 Volkswagen single-cab … END_OF_DOCUMENT_TOKEN_TO_BE_REPLACED

Keystone Sewing Company has made available a … END_OF_DOCUMENT_TOKEN_TO_BE_REPLACED