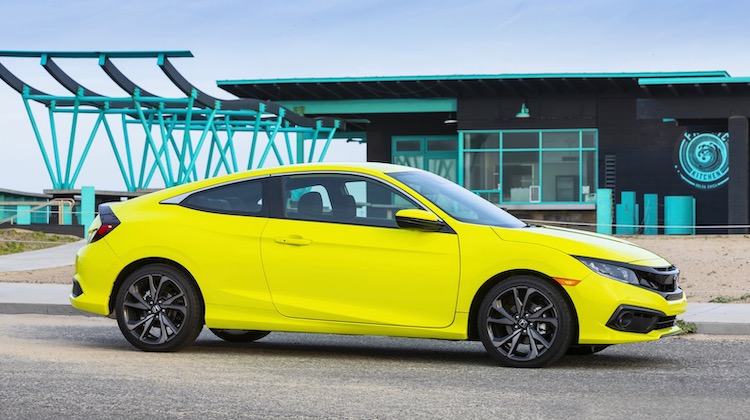 Honda’s interior designers hid an “easter egg” in the console of the 10th generation Civic that people are only now discovering.

The latest Civic (2016 – present) features a graphic design on the backside of its console mat. Simply open up the console, lift the rubber mat at the bottom and flip it over. You’ll see a cool graphic.

There are four U.S. variations depicting race cars , motorcycles, planes and other tech that pay homage to Honda‘s long and storied history as an innovator in the transportation industry.

This one, for example, features a cafe racer on a Honda RC166, with a McLaren MP4/5 (powered by a Honda V10 engine) below and a HondaJet overhead. 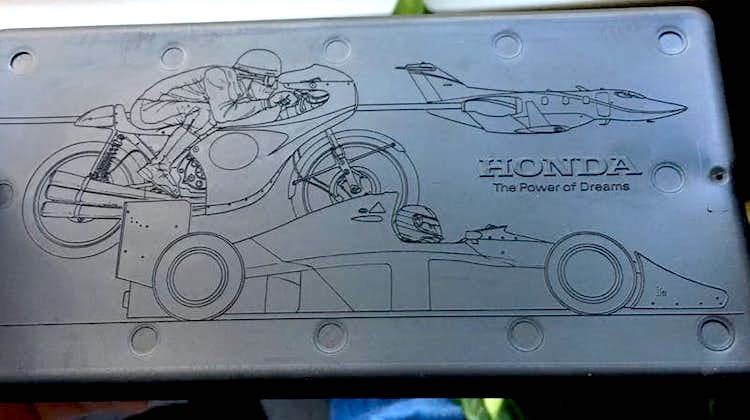 The graphics aren’t very impressive artistically, but Honda fans will appreciate what they represent. Plus, it’s pretty cool to find a hidden design in the cabin. 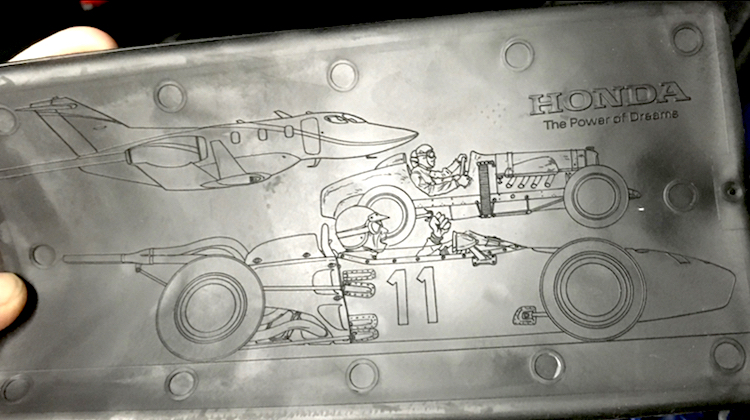 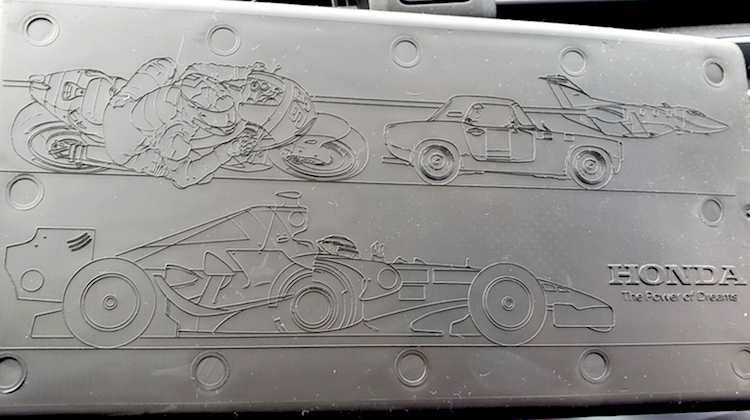 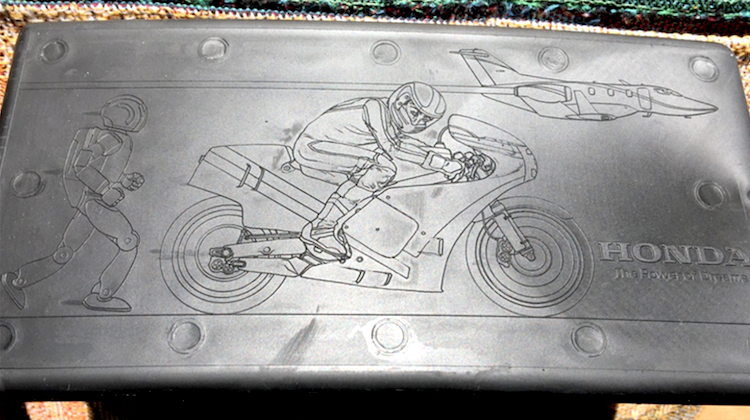 There’s no real scheme to which Civic gets which graphic. It’s really just the luck-of-the-draw. So the next time you’re in a 10th generation Civic, open up the console and flip the mat over!

After converting a 1961 Volkswagen single-cab … END_OF_DOCUMENT_TOKEN_TO_BE_REPLACED

Want to learn how to bind an isolated hole in … END_OF_DOCUMENT_TOKEN_TO_BE_REPLACED