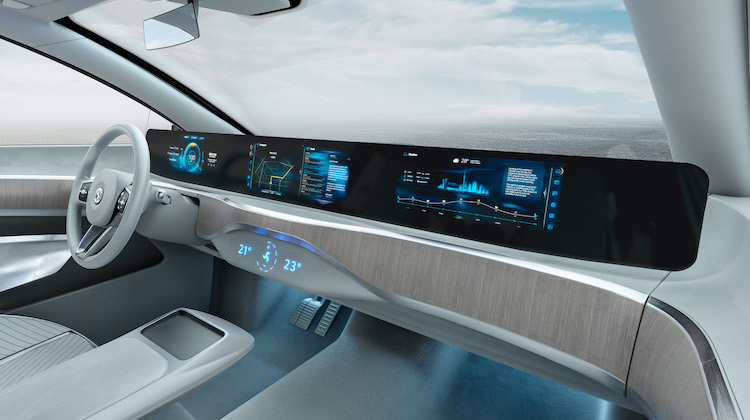 The German automotive supplier said a major automaker placed a billion-euro order for its pillar-to-pillar dashboard screen, which displays nearly every vehicle and infotainment function on a digital interface.

“Its launch in a high-volume production vehicle marks another milestone in the evolution of the car into a smart device as part of the internet of things,” Continental said in a statement. “Whether it is navigation, warning signs, movies, news, social networks, office applications or booking apps to plan the route: Displayed across the entire width of the cockpit, the content is fully immersive and offers drivers and passengers a completely new user experience.”

Dashboard screens have grown bigger over the years, but only concept vehicles have featured one this large. Now, it’s becoming a reality.

Continental did not reveal which automaker placed the order, but said it will begin production in 2024.

In short, the supplier declared “the time of the classic dashboard is over.”

Auto upholstery shops that generate a lot of … END_OF_DOCUMENT_TOKEN_TO_BE_REPLACED

Listen up Cheech. We’ve all seen your shop’s … END_OF_DOCUMENT_TOKEN_TO_BE_REPLACED

In his last video, Rick Valdez of Alchemy … END_OF_DOCUMENT_TOKEN_TO_BE_REPLACED