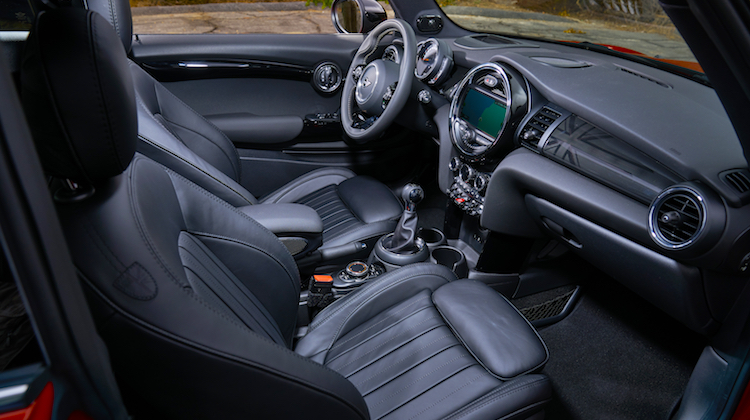 Christian Bauer, head of interior design at MINI, says a car’s exterior is what initially draws people’s interest — but its interior is what keeps them wanting to sit behind the wheel.

Bauer recently spoke with BMW Blog about the challenges and rewards of interior design. Although he works for a large automaker, much of what he says will sound familiar to auto trimmers, especially those that design, build and upholster full interiors.

The interview is as enlightening as it is interesting. Below is an excerpt that every auto trimmer should read:

When it comes to car design, people tend to think first of the exterior design, rather than the interior. Why is that?
The exterior forms the first touchpoint with a vehicle. It’s the first thing you see and it generates direct emotions. The exterior’s styling confers certain attributes on the vehicle, such as power, speed or agility, which add up to give it a distinctive character. And it is not uncommon for the product to make a statement by clearly conveying the status and character of its driver. The exterior design is extremely important. But what keeps the customer hooked in over the long run – as many studies have confirmed – is the interior.

What is so special about interior design?
The real acid test as far as the customer is concerned comes when they actually get inside the car – and getting this right is a far tougher task. If you don’t feel at ease in the vehicle, can’t get to grips with the controls, don’t like the materials or think the build quality is abysmal, then you’re highly unlikely to buy another car from the same brand.

An interior designer has to be adept at a host of different disciplines. You need to know the basics of ergonomics, human behavior, acoustics, control logic, and far more besides. The person must not feel restricted in their movement in any way, but at the same time they must be guided and harnessed. They must not be dazzled by anything and yet everything must be clearly identifiable. And all of that not just in a single specific situation but throughout the whole spectrum of different movement scenarios and usage cases – from configuring the car on a smartphone, to getting in and the actual driving, to getting out again. And, of course, it must all be easy and intuitive to use.

Then comes the icing on the cake: the styling of the surfaces, the coherent appearance of the parts, the overall effect of the interior.

It should also be pointed out that we work within a pretty tight set of technical constraints, such as rigidity, crash characteristics, sound insulation, wiring harnesses and material wall thicknesses. These constraints have to be manipulated in such a way that there is more room and freedom for the actual task of design. And rest assured that there will always be something in the way. Sculpting a line or a surface cleanly enough so that it doesn’t just look like covering for the technical constraints is quite a challenge in itself.

The art of interior design resides in firing the emotions and creating a feel-good factor, while working within all these complex parameters. The feeling when the Board of Management signs off a production-car interior with a broad smile on their faces is indescribable and a real reward for all the effort involved.

What would the perfect interior of the future look like for you?
I think – and, indeed, hope – there is no such thing as “the” perfect interior, otherwise we would be out of a job! In the future, there will certainly be a far higher degree of flexibility and fusion between all the areas involved, such as materials, displays, movement, sound, aroma and control. I’m excited about what lies ahead, and hope designers and engineers alike will get the freedom they need to bring about something completely new.

It’s not often that we hear from an automaker’s interior designer. However, it’s important that we do. After all, it’s their work that we repair, restore and often enhance. Understanding what inspires them, as well as the obstacles they face, puts us in a stronger position to excel at our jobs.

Of course, they could also learn a lot from us — as we do, in fact, set the trends.

Rolls-Royce Motor Cars is renowned for its … END_OF_DOCUMENT_TOKEN_TO_BE_REPLACED

In part one of our three-part interview … END_OF_DOCUMENT_TOKEN_TO_BE_REPLACED

Formal training at one of the country’s few … END_OF_DOCUMENT_TOKEN_TO_BE_REPLACED

Take a behind-the-scenes look at how hot rod … END_OF_DOCUMENT_TOKEN_TO_BE_REPLACED