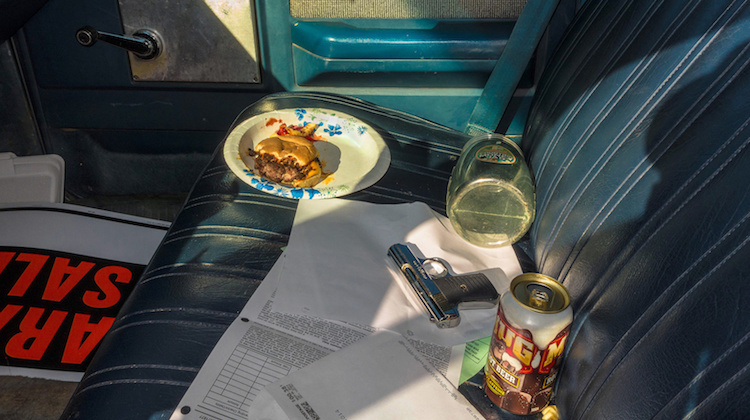 Although the book doesn’t include a single photograph of a serviceman, Casteel says it’s more about them than it is their cars. He believes the condition in which people keep their car interiors is a reflection of their mental state.

Casteel got the idea for the book while working as a valet parker at a veteran’s hospital in North Carolina, where he noticed that many servicemen were still enduring the psychological impact of war.

“I parked hundreds of cars a week and most were in some state of neglect and disrepair,” Casteel told The Guardian. “The symbolism of neglect was pervasive in the cars, but also in the folks that were driving them. I met several guys who actually lived in their cars.” 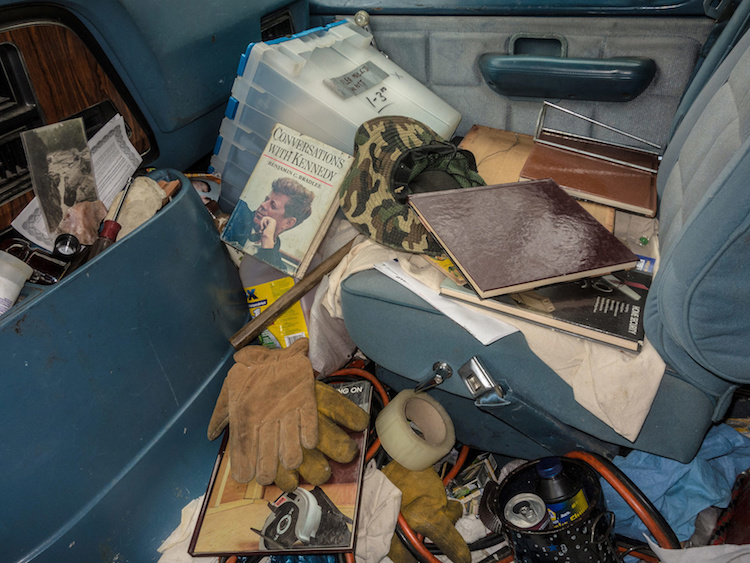 Most of the photographs depict grimy, disorganized interiors. A common theme among them is guns, knives, medicine bottles, lottery tickets, pornography magazines, beer cans and ashtrays overflowing with cigarette butts, according to The Guardian.

Also found in the interiors are photos of loved ones, religious items, lucky charms and patriotic symbols, like flags. 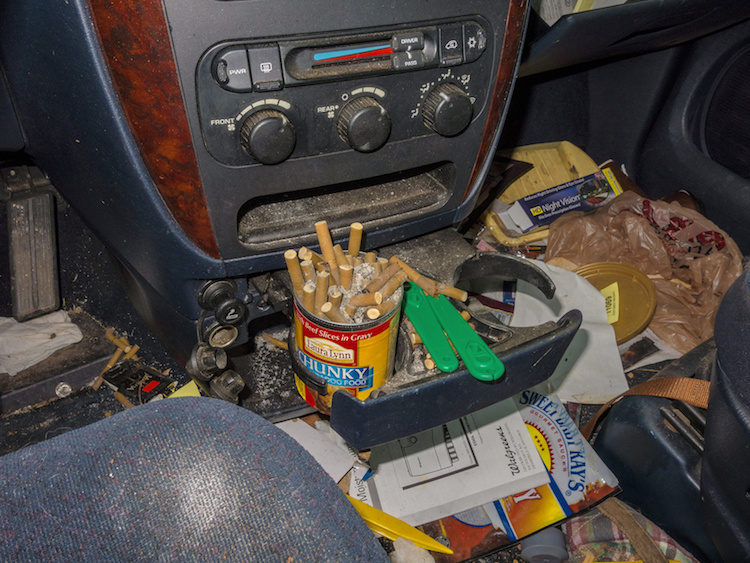 Of course, not every serviceman or servicewoman who returns from war is emotionally or physically damaged. But enough are that Casteel wanted to draw attention to their struggle.

“The statistics speak for themselves: one in seven homeless adults in America is a military veteran; one in five veterans of Iraq and Afghanistan has post-traumatic stress disorder; every day, 22 veterans take their own lives, averaging one suicide every 65 minutes,” writes The Guardian. 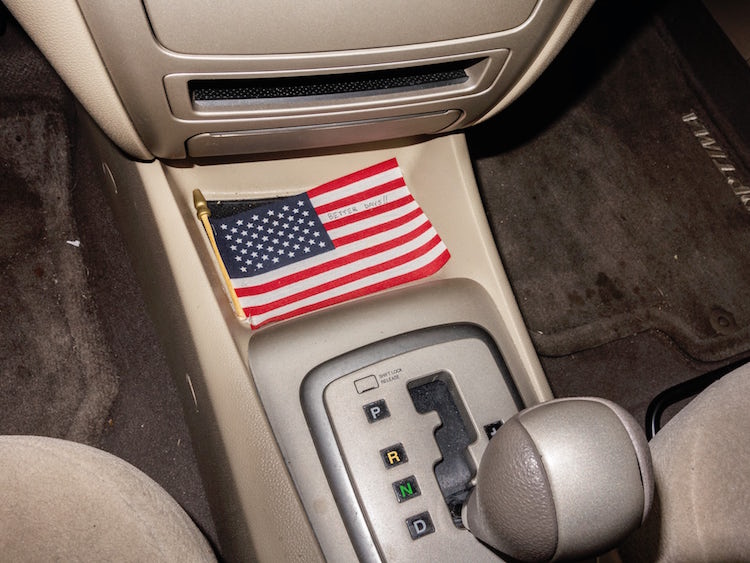 While photographing the cars, Casteel befriended many of the veterans, who told him about what life is like after returning from war.

“I heard so many stories and saw so many guys struggling with addiction or health problems relating to what they had been through that it kind of humbled me.” he said. “I grew up as a rebellious teenager who played in punk rock bands and was involved in anti-war activism. Back then it was just ‘fuck war!,’ but I never really considered the human plight of individual veterans. The ones I met were struggling, but they were also cool guys and I was always struck by their generosity. They were inspiring to be around, for sure. They changed my way of thinking.” 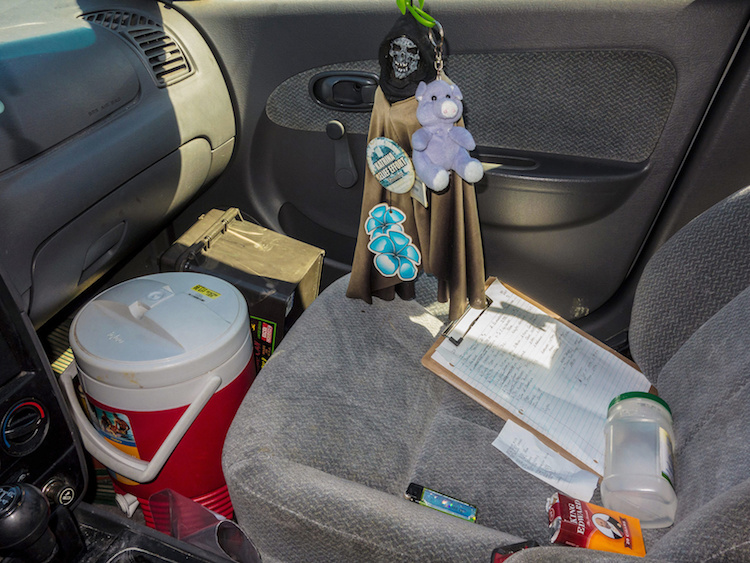 As professional auto upholsterers, we sit in strangers’ cars all the time — and often complain about how dirty or disorganized they are. Without a doubt, this book has given me a lot to think about.

Maybe not all messy cars are owned by slobs. Sometimes, the driver is struggling with real pain.

“American Interiors” is available for purchase on Amazon. A forthcoming special edition of the book will give a portion of proceeds to a veteran’s charity.

All photographs by ML Casteel.

We're excited to present to you the second … END_OF_DOCUMENT_TOKEN_TO_BE_REPLACED

Nothing sets off a hot rod’s interior quite … END_OF_DOCUMENT_TOKEN_TO_BE_REPLACED

In the craft of auto upholstery, where … END_OF_DOCUMENT_TOKEN_TO_BE_REPLACED

Sean Scott of Inspire Automotive has only … END_OF_DOCUMENT_TOKEN_TO_BE_REPLACED