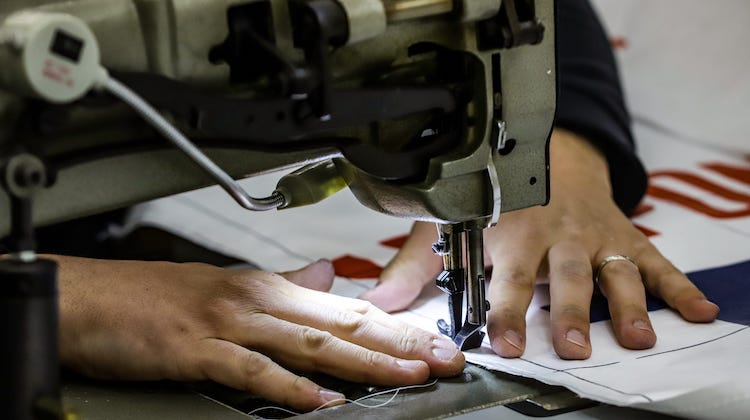 We love to read stories about how trimmers got their start in the craft of upholstery because their motivations and paths are always so different.

We recently came across two interesting stories that highlight the range of experiences in our industry.

They show there’s no single path to success. You just need to have a goal and put in the hard work to achieve it. 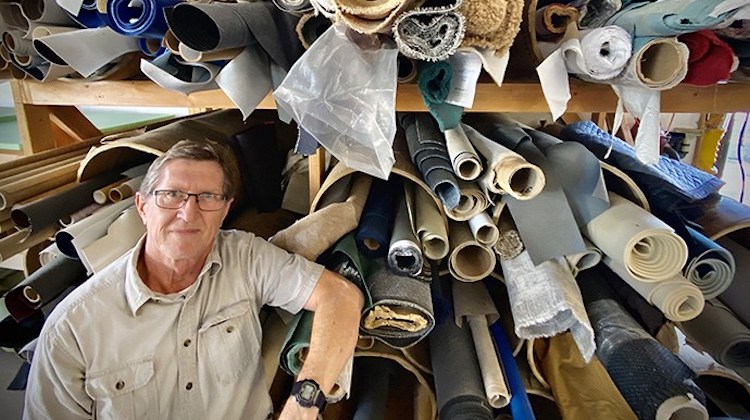 Brian Loewen of Loewen Upholstery in Newton, Kansas, took up a job in upholstery to be closer to his children.

“When my children were getting old enough to be involved in school activities, I started thinking about what would allow me flexibility to watch them participate in extracurricular activities and encourage them, since I was involved in a large farming operation that required long days for most of the year,” Brian recently told Harvey County Now. “It seemed obvious that I would need to start my own business.”

Around the same time, Brian met an older couple who ran an upholstery business and asked them what was involved.

“Well, it turned out they were looking to retire and looking for someone to purchase their equipment,” he said. “I bought what they had, set it up at our house and garage, took a correspondence course in upholstery (just basics) and launched a new career. Most of what I have learned in the trade is by doing it. Of course, this was all preceded by seeking God’s help, wisdom and provision.” 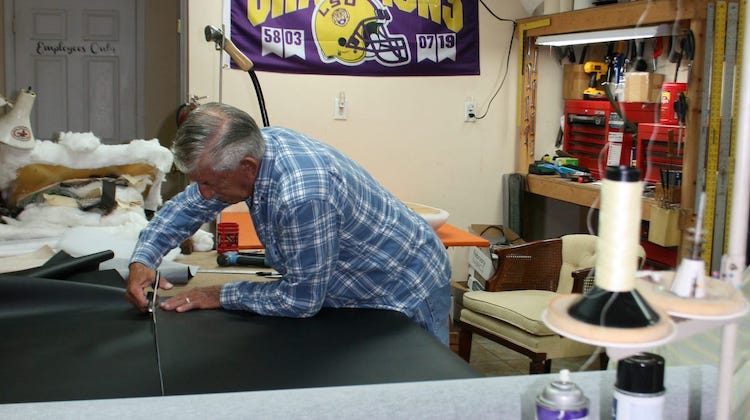 Lawrence “Larry” Kraemer of Kraemer’s Upholstery in Crestview, Florida, says it was his first car that inspired him to learn the craft of upholstery.

“After my grandfather died, we had a ’51 Plymouth,” he recently told News Bulletin. “I wasn’t old enough to drive yet. When I got old enough to get my driver’s license, it needed work on the door panels.”

“So I did some work on the door panels,” he added. “You might say that’s what got me interested in upholstery.”

After graduating high school, Larry joined the Air Force and later the National Guard. It was during those years that he sharpened his skills in upholstery. trimming everything from furniture to fighter jets.

Following his military service, Larry decided to pursue upholstery as a career and opened his own shop to repair car and plane interiors, as well as home furniture.

It’s been nearly 50 years since Larry fixed the door panels in his grandfather’s ’51 Plymouth, and he still loves the work.

“As long as I’ve been in this business, I never had anything come back on me,” he said. “That’s because I’m doing it like I’m doing it for me.”

Nothing sets off an upholstery job better … END_OF_DOCUMENT_TOKEN_TO_BE_REPLACED

Lately it seems every car owner wants to swap … END_OF_DOCUMENT_TOKEN_TO_BE_REPLACED

Faurecia, one of the largest automotive … END_OF_DOCUMENT_TOKEN_TO_BE_REPLACED