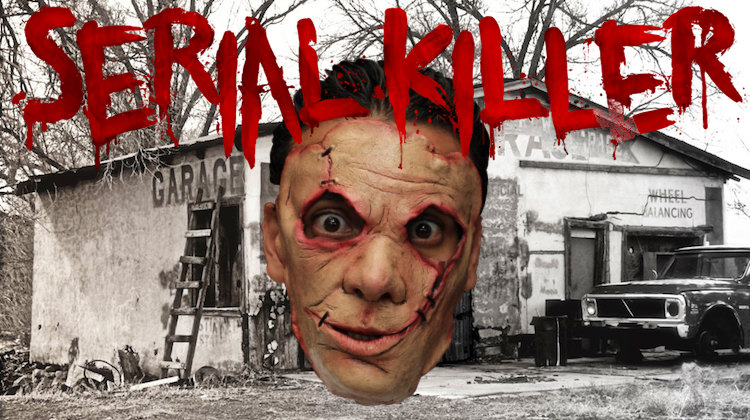 When serial killers aren’t lurking in the shadows hunting for victims, most hold ordinary day jobs. According to a new book, one of their professions of choice is auto upholstery.

The book, Murder in Plain English, reveals that disturbed individuals tend to gravitate to specific jobs.

“Occupations and serial murders are often linked, and some specific full-time and part-time jobs are strangely over-represented among serial killers,” Arntfield wrote in an article for The Conversation. “So much so, in fact, that over the last 50 years, some dominant patterns have emerged.”

The occupations can be broken down into four categories based on skill, training and turnover. Below are the top three jobs in each category:

“Obviously, not everyone occupying these jobs is a serial killer, nor are they likely to become one,” says Arntfield. Still, there’s something about each of these jobs that appeals to serial killers and psychopaths. Otherwise, they wouldn’t be “curiously over-represented” in these fields.

Arntfield doesn’t say how many known serial killers were also auto upholsterers. But among the most infamous was Angelo Buono, Jr., one of the two “Hillside Stranglers.”

Interestingly, the ABC crime drama “Wicked City” also features a main character who’s a “manager of an auto upholstery shop by day and a sadistic killer by night.”

So what is it about auto upholstery that attracts these types of people?

Perhaps it’s the cutting and stitching, leather work or required attention to detail. Or maybe serial killers just like that auto upholstery is a relatively unassuming craft you can operate out of a small garage nearly anywhere, with little foot traffic to boot.

To find out, you’ll need to read Arntfield’s book.

Did you ever wonder how automakers make … END_OF_DOCUMENT_TOKEN_TO_BE_REPLACED

We're excited to present to you the second … END_OF_DOCUMENT_TOKEN_TO_BE_REPLACED

Ever wonder why some auto upholstery shops … END_OF_DOCUMENT_TOKEN_TO_BE_REPLACED