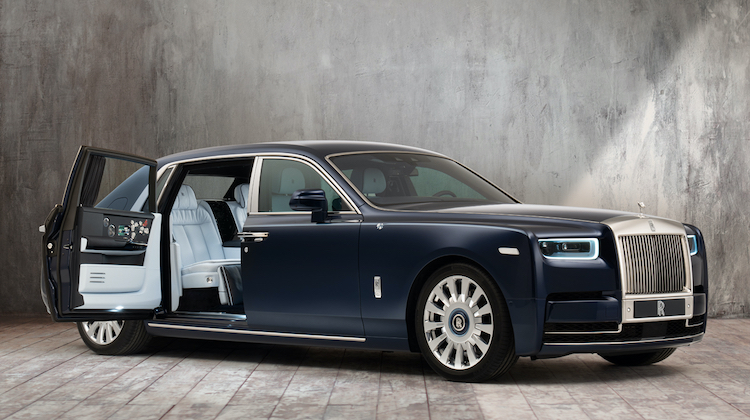 A wealthy entrepreneur in Sweden commissioned the vehicle, telling Rolls-Royce that he wanted it to reflect his family’s extraordinary passion for flowers. The patron’s wife and two of four children are all named after flowers. 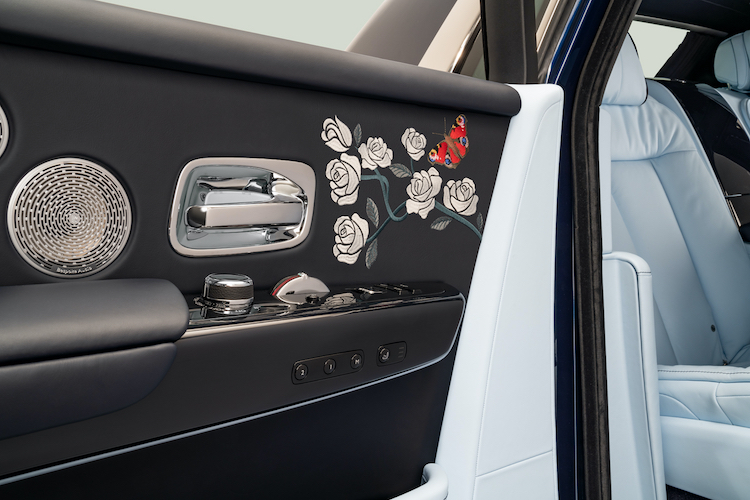 For inspiration, designer Ieuan Hatherall turned to Rolls-Royce’s very own rose garden in Goodwood, West Sussex, England. It’s the only place in the world where the Phantom Rose — a flower bred specifically for the automaker by British rose breeder Philip Harkness — grows.

“There is a transcendent beauty when a rose garden is in full bloom,” said Hatherall. “The patron wanted to create that same feeling of awe; an abundance of flowers to lift the spirit and celebrate nature’s decadent beauty, in the Rose Phantom’s serene interior.” 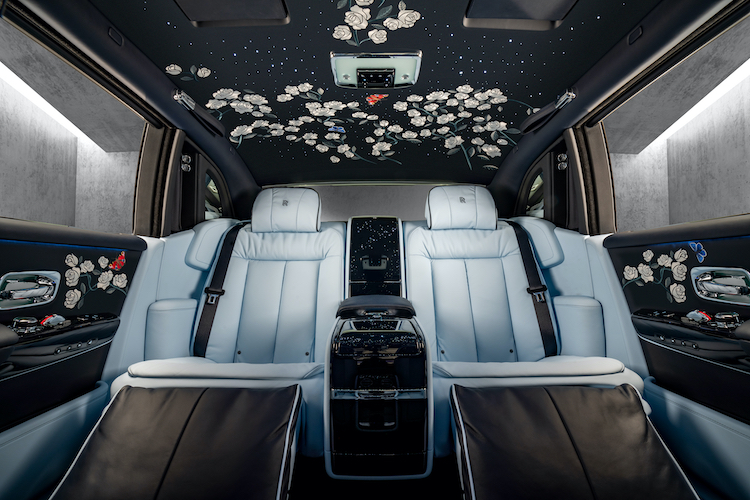 To do that, Hatherall embroidered flowers throughout the Phantom’s cabin — including its door panels, headliner and dashboard.

Rolls-Royce explains: “On opening the coach doors, one first encounters the embroidery on the inside of the rear doors, but it is not until entering the rear cabin that one fully encounters the extraordinary extent of the satin stitch creation. The Phantom Rose is illustrated in varying stages of maturity, from bud to full bloom, in an asymmetrical design that appears to grow across the roof lining, from the rear of the car. The marque’s fabled starlight headliner illuminates the scene as the roses are interspersed with individually placed fibre-optic lights.” 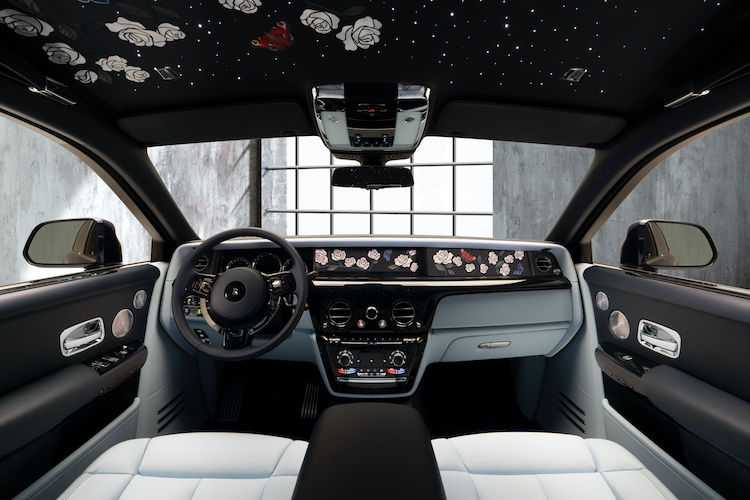 “Our extraordinary craftspeople at the Home of Rolls-Royce have achieved, with this car, something which can only be described as sublime,” said Torsten Müller Ötvös, chief executive of Rolls-Royce Motor Cars.

“The work of our Bespoke Collective is the best in the world. When I look at creations like this car, it is with a sense of pride that I know that these skills could not be replicated anywhere else in the world. This is undoubtedly one of the greatest Rolls-Royce Phantoms of its generation.” 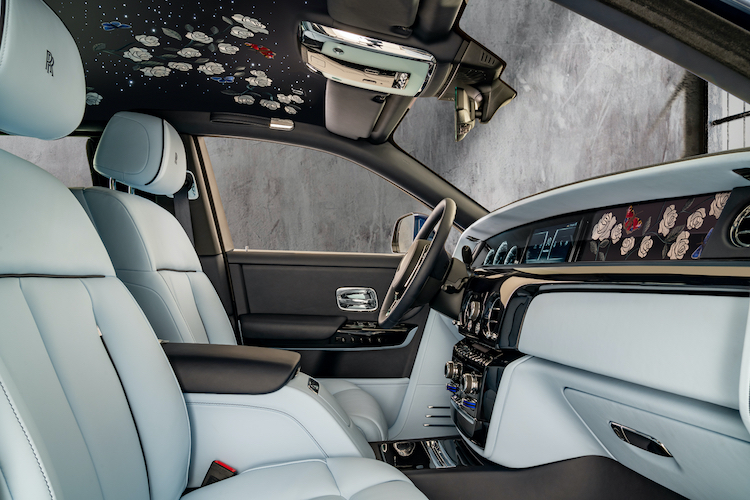 The owner was also very pleased with the result. “I wanted to have flowers and roses everywhere,” he said. “It became an amazing piece of art.”

Nothing sets off a hot rod’s interior quite … END_OF_DOCUMENT_TOKEN_TO_BE_REPLACED

It’s no secret that there’s a lack of … END_OF_DOCUMENT_TOKEN_TO_BE_REPLACED

Ever wonder why some auto upholstery shops … END_OF_DOCUMENT_TOKEN_TO_BE_REPLACED

Mondays can be a drag — especially those that … END_OF_DOCUMENT_TOKEN_TO_BE_REPLACED

"How much to slap a new vinyl top on my car?" … END_OF_DOCUMENT_TOKEN_TO_BE_REPLACED