While much is being made of Volkswagen’s Fender-inspired 2013 Beetle, I’m left disappointed by its lack of… well, Fender inspiration.

Aside from mirrors made to resemble guitar tuners, a sunburst finish on its dash and a guitar-amp-powered speaker system, the Fender Beetle pays little homage to the brand that helped shape modern music. All in all, it’s nothing more than a Turbo with a few fancy add-ons.

The first thing that stands out is the “Sunburst” dashboard panel, which is where the middle of the dashboard is bright and it slowly darkens as you reach the edge. If you have ever seen or owned a Fender Stratocaster Sunburst – the signature Fender guitar – then you know what we mean…

The seats and other upholstery are overall quieter and darker than most Beetles, but it does feature contrasting stitching to avoid becoming boring.

The rest of the interior is as expect in a Beetle…

Okay, in case you haven’t caught on just yet, the Beetle Fender Edition is essentially a Beetle Turbo with the 18-inch wheels from a 2.5L and a few visual upgrades and a kick-ass stereo system. [more]

While the add-ons are nice, I wish VW’s designers did more to incorporate a Fender guitar theme into the interior. I would have liked to see seat belts made to resemble guitar straps or radio dials that look like the volume knobs on a Stratocaster. And though it sounds cheesy, how about a whammy bar shifter? Or, better yet, upholstering the seats in a fabric similar to what Fender uses on its amps? 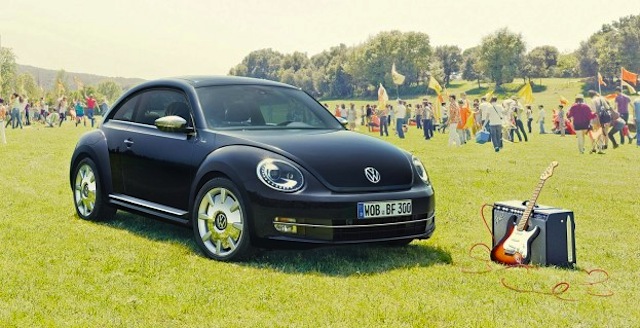 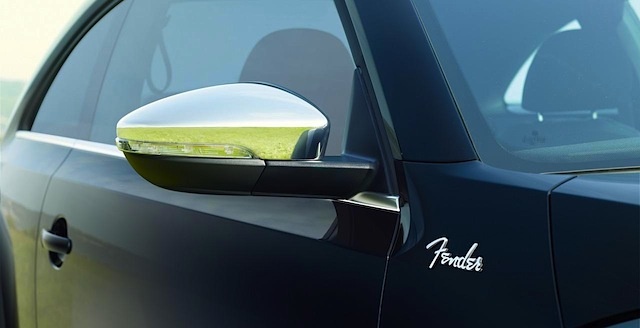 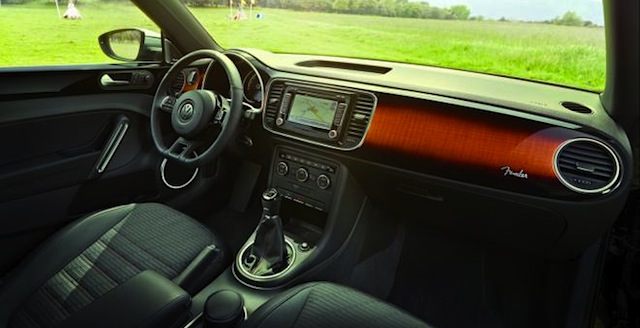 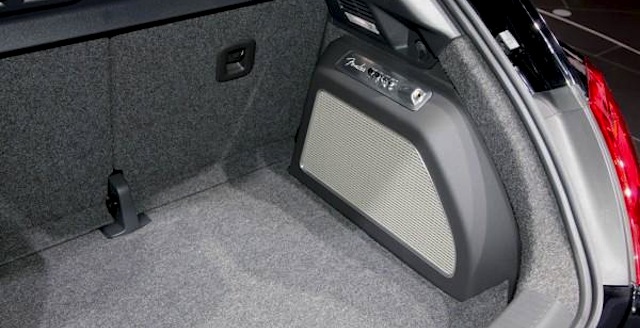 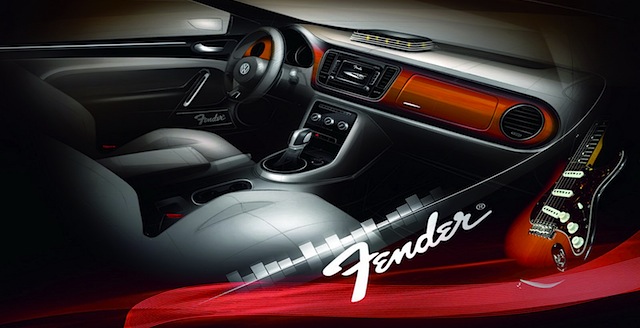 What do you think? Does the 2013 Fender Beetle hits its mark or could VW have done more to make its interior really stand out? If you were to design its interior, what guitar-themed features would you include?

Though duct tape can fix a lot of things, … END_OF_DOCUMENT_TOKEN_TO_BE_REPLACED

What does it take to create an award-winning … END_OF_DOCUMENT_TOKEN_TO_BE_REPLACED

Unwilling to drop big bucks on a leather … END_OF_DOCUMENT_TOKEN_TO_BE_REPLACED

If you're as obsessed with decorative … END_OF_DOCUMENT_TOKEN_TO_BE_REPLACED

You know how to work a sewing machine, but do … END_OF_DOCUMENT_TOKEN_TO_BE_REPLACED

Every auto upholstery shop has a project car. … END_OF_DOCUMENT_TOKEN_TO_BE_REPLACED