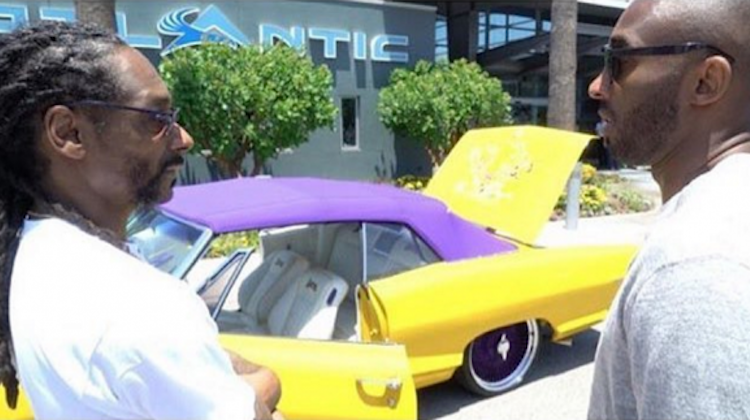 As the tragic news of NBA legend Kobe Bryant’s death settles in, let’s remember a happier time: When Snoop Dogg presented “The Black Mamba” with a custom-trimmed lowrider as a retirement gift.

In 2016, Snoop Dogg gifted Bryant a 1967 Pontiac Parisienne lowrider, that was decked out in a Los Angeles Lakers’ yellow and purple motif.

The lowrider features an eye-catching yellow paint job; purple soft top; and custom upholstery, with Lakers embroidery on the seats, dashboard, floor mats and trunk. Of course, it also has a sweet Lakers mural on the hood.

Bryant was surprised and ecstatic. Who wouldn’t be?

Sadly, Bryant, 41, and his daughter Gianna, 13, were among the nine people killed in a helicopter crash in Calabasas, California, on Sunday.

Gianna was well on her way to following in her father’s footsteps.

May they rest in peace.

If you're as obsessed with decorative … END_OF_DOCUMENT_TOKEN_TO_BE_REPLACED

In a previous article, we featured … END_OF_DOCUMENT_TOKEN_TO_BE_REPLACED

Want to learn how to upholster a steering … END_OF_DOCUMENT_TOKEN_TO_BE_REPLACED