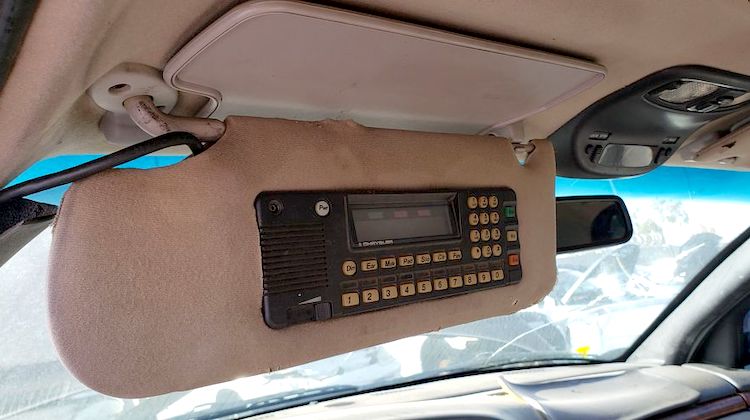 In the early 1990s, long before cars were equipped with touchscreens, Chrysler introduced an optional feature that blew everyone’s mind: the VisorPhone.

The good folks at Autoweek were recently perusing a junk yard in Phoenix, Arizona, when they stumbled upon a 1994 Chrysler LHS equipped with one of these bad boys.

As they explain it, the VisorPhone was a dealer-installed optional mobile phone that was embedded in the driver-side sun visor. It featured 33 buttons, a volume bar and LCD screen. 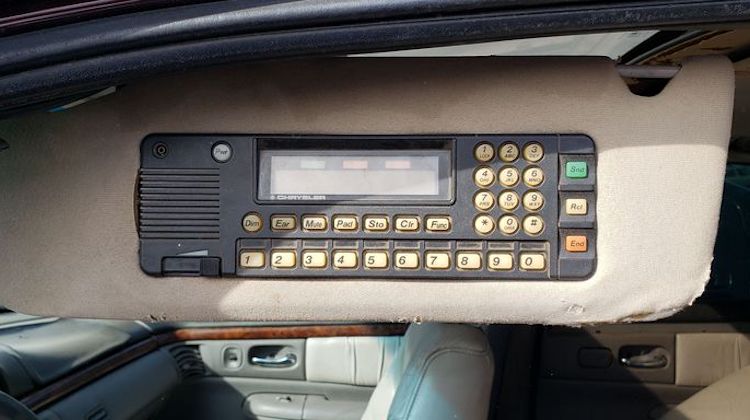 To make a call, all a driver had to do was flip the visor down and dial.

Unlike most phones at the time, the VisorPhone did not have a handset. Instead, it operated as a speaker phone. And no, the phone was not wired through the car’s sound system to operate on its stereo speakers. 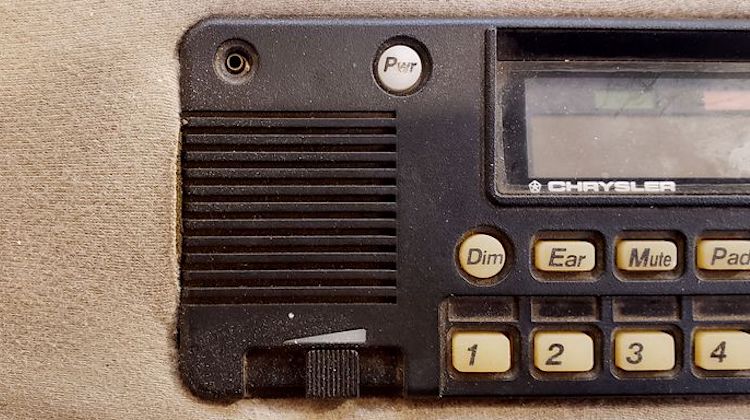 To protect the phone, Chrysler installed a steel plate on the car’s headliner. This acted as a casing for the phone when it was not in use and the sun visor was flipped up.

In advertisements, Chrysler boasted that the phone could be programmed with up to 100 phone numbers. That was pretty much its only feature.

We laugh now, but the VisorPhone was considered revolutionary for its time. In fact, high rollers clamored to have them installed in their cars. 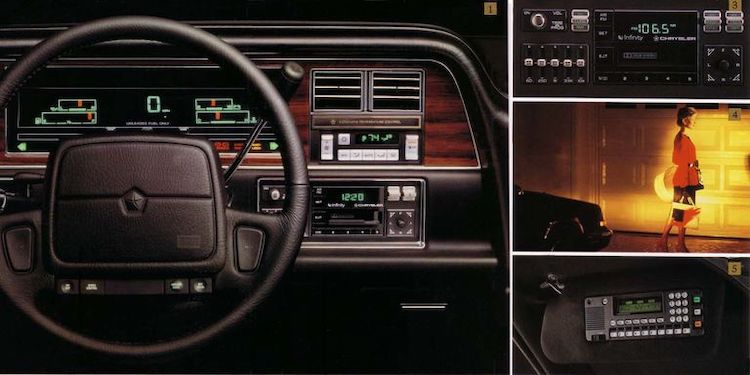 Still, if you had a VisorPhone in the 90s, you were one cool dude.

To back or not to back? That is the question. … END_OF_DOCUMENT_TOKEN_TO_BE_REPLACED

Though duct tape can fix a lot of things, … END_OF_DOCUMENT_TOKEN_TO_BE_REPLACED

To run a successful auto upholstery shop, you … END_OF_DOCUMENT_TOKEN_TO_BE_REPLACED