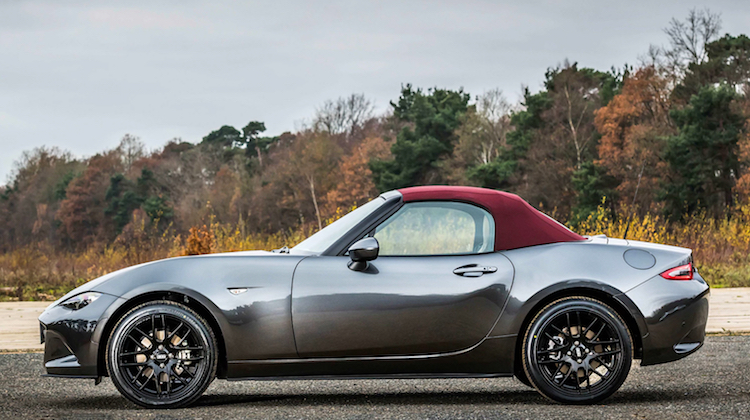 Convertible cars have come a long way. Yes, in terms of quality and design, but also in lots of other important ways.

The Highway Loss Data Institute (HLDI) recently surveyed 263 pairs of convertibles and corresponding coupes on a range of factors, including price, weight and safety. Their findings reveal that a lot of beliefs people have about convertibles aren’t true.

For instance, convertible cars aren’t anywhere near as dangerous as people believe they are. And they aren’t significantly more expensive either.

It’s a message that Haartz Corporation has been sharing for years. As the world’s leader in highly engineered and uniquely designed convertible topping, you could say they know a thing or two about drop tops.

“Modern convertibles include reinforcements to the body and A, B, and C-pillars for increased rigidity,” said Matthew Williams, vice president, global automotive exteriors and new markets. “According to the HLDI study, these very same structural differences help compensate for the lack of a fixed roof. Roll bars also help protect occupants in the event of a rollover accident.”

HLDI plotted the base prices of convertibles and their corresponding coupes on a line graph to illustrate the differences. Despite popular belief, they found that convertibles aren’t significantly more expensive. In fact, the average price difference is only about $6,000 — and some of that is because convertibles are usually only available in higher trim levels.

HLDI also plotted the curb weights of convertibles and their corresponding coupes. They found that convertibles only average 250 pounds more — which, thanks to innovations in topping and frames, is a lot less than it used to be. Sure, 250 pounds is still a lot of weight if you’re racing. But how many people actually buy convertibles to race them?

One of the biggest misconceptions about convertible cars is that they’re structurally unsound and more dangerous in the event of a crash. While that may have been true 50 to 60 years ago, it’s just not the case any more.

Long gone are the days when convertibles were heavy, wobbly and impractical to drive year round. Today’s drop tops have the speed and agility of sports cars, and their quality Haartz topping make them suitable for cruising in any weather.

Skeptical? Head down to your local Mazda dealership and ask to test drive an MX-5 Miata. (But leave your wallet at home, because you might be tempted to buy it)

What does it take to create an award-winning … END_OF_DOCUMENT_TOKEN_TO_BE_REPLACED

Not every tool you own needs to be a Snap-On, … END_OF_DOCUMENT_TOKEN_TO_BE_REPLACED

Since launching The Hog Ring Design Studio in … END_OF_DOCUMENT_TOKEN_TO_BE_REPLACED

There are a lot of DIY auto upholstery videos … END_OF_DOCUMENT_TOKEN_TO_BE_REPLACED