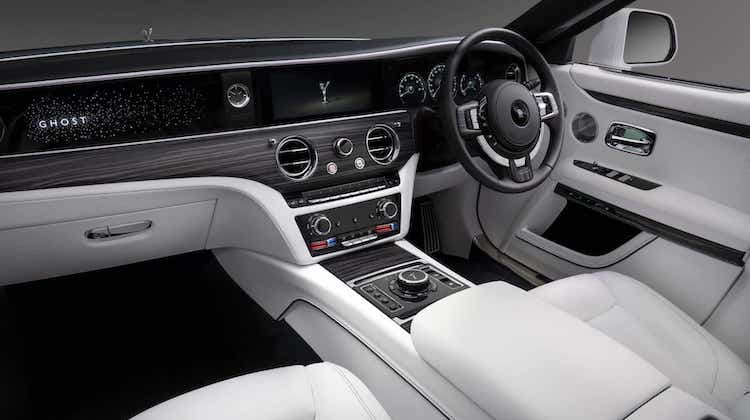 Rolls-Royce engineers made the new Ghost’s cabin so quiet that it became “disorienting” — so they added noise back in.

With a starting price of more than $300,000, only tycoons can afford to own a Ghost. And people like that put a premium on peace and quiet, so they can conduct business at all times.

That’s why Rolls-Royce set out to give the Ghost its quietest cabin ever. But in doing so, they realized that there is such thing as too quiet.

In a press release, the automaker explained how they made the Ghost’s cabin noise-free, and what it took to inject a soft “whisper” back in:

To achieve a sense of absolute serenity, the acoustic team began by adapting the marque’s proprietary aluminum spaceframe architecture, which itself offers benefits owing to the metal’s higher acoustic impedance compared with steel and its construction from complex forms rather than flat, resonant surfaces. A double-skinned bulkhead section was selected to insulate the cabin from the already near-silent 6.75-liter V12 engine and cavities in the roof, boot and floor were created to fill with more than 100kg of sound-absorbing materials. Additionally, double-glazed windows with a clear composite centre sheet were used as well as tires lined with lightweight acoustic insulation foam.

Once the sound stage was created, every component was obsessively interrogated for its acoustic properties. Those that produced unacceptable levels of noise were discarded and completely redesigned at the Home of Rolls-Royce in Goodwood, West Sussex, to better serve the client’s desire for serenity. Even the inside of the air conditioning ducts were smoothed to better insulate clients from intrusive noises.

However, upon early testing the acoustic team discovered that removing all noise was disorientating. Their solution was to create a ‘whisper’ – a soft undertone that clients experienced as a single, subtle note. To achieve this, each component had to be tuned to a specific resonant frequency. This task included the creation of acoustically tuned damping units for the seat frames, as well as a suite of ports between the cabin and the large 500-liter boot to ensure the low frequency it generated was consistent with new Ghost’s ‘note’.

Lead engineer Tom Davis-Reason named this entire process the “Formula for Serenity,” which sounds about right.

Now if only we could reengineer classics to be just as quiet.

Listen up Cheech. We’ve all seen your shop’s … END_OF_DOCUMENT_TOKEN_TO_BE_REPLACED

Lately it seems every car owner wants to swap … END_OF_DOCUMENT_TOKEN_TO_BE_REPLACED

It's no easy feat to transform a car's luxury … END_OF_DOCUMENT_TOKEN_TO_BE_REPLACED