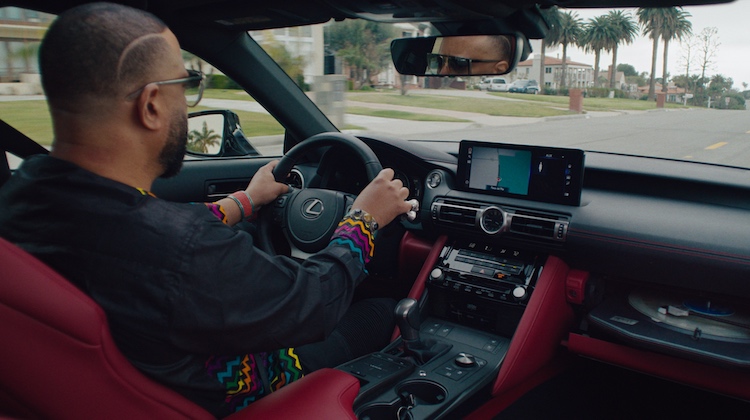 The Japanese automaker unveiled a Lexus IS Wax Edition, which features a fully functional turntable in its glove box. Lexus says it’s “capable of playing vinyl records while the car is in motion without missing a beat — even on a bumpy road.”

The one-off vehicle is a collaboration between Lexus, MC Madlib and producer Kaytranada.

The build was captured in a two-episode documentary series by Pitchfork called “Driven by Sound.” The first installment is mostly about Madlib and Kaytranada. The second documents the creation of the in-dash turntable.

“When I make music, I usually do it in headphones, so I hear everything clear,” said Madlib. “And I take it to the car, test it out. Every time. That’s the big test. To have the turntable in a Lexus? That’s beyond.”

“When Lexus said they wanted to build this car, I didn’t think it was possible,” added Kaytranada. “It was amazing to see and hear vinyl playing while cruising in a car.” 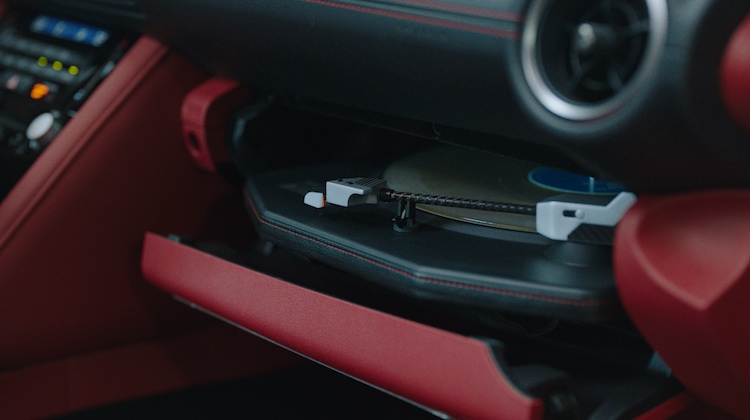 “The record player, created with a 3D printer and modified with carbon fiber and machined aluminum, fits snuggly into the vehicle’s glovebox and is large enough to play a full-size 12-inch record,” Lexus said in a statement. “Once the needle hits the grooves, a rotating motor helps stabilize the turntable to avoid skipping while the vehicle is in motion. The enhanced suspension system of the Lexus IS and fine-tuned handling provide a smooth and stable ride, which are critical for the needle of a record player.”

Of course, the IS Wax Edition is just the latest crazy concept from Lexus. In the last few weeks, they also unveiled a Lexus IS-inspired sneaker and Lexus IS Gamers Edition cabin.

It’s a clever concept… and even more clever marketing.

The business card has stood the test of time … END_OF_DOCUMENT_TOKEN_TO_BE_REPLACED

In September, we reported on a new trend in … END_OF_DOCUMENT_TOKEN_TO_BE_REPLACED

When 17-year-old Derek Friesen was hired to … END_OF_DOCUMENT_TOKEN_TO_BE_REPLACED

There are a lot of DIY auto upholstery videos … END_OF_DOCUMENT_TOKEN_TO_BE_REPLACED