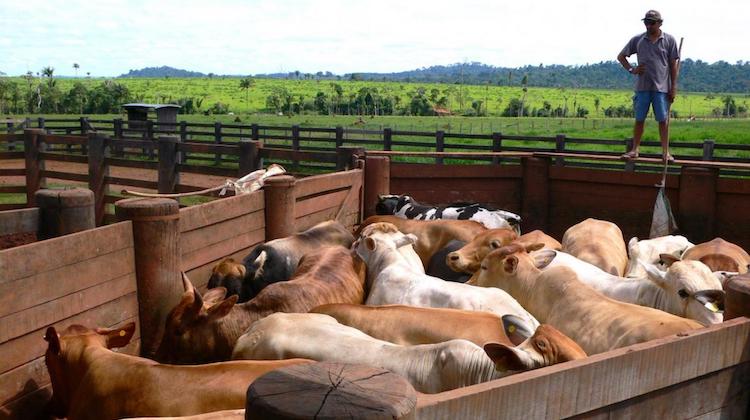 American demand for leather in luxury SUVs is worsening Amazon deforestation, according to a recent exposé published by The New York Times.

It’s a troubling report that comes at a time when the automotive leather industry is struggling to counter claims that hides are unsustainable, and automakers are increasingly turning to alternative and up-cycled textiles.

Here’s an excerpt from the report:

A New York Times investigation into Brazil’s rapidly expanding slaughterhouse industry — a business that sells not only beef to the world, but tons of leather annually to major companies in the United States and elsewhere — has identified loopholes in its monitoring systems that allow hides from cattle kept on illegally deforested Amazon land to flow undetected through Brazil’s tanneries and on to buyers worldwide. […]

A luxury vehicle can require a dozen or more hides, and suppliers in the United States increasingly buy their leather from Brazil. While the Amazon region is one of the world’s major providers of beef, increasingly to Asian nations, the global appetite for affordable leather also means that the hides of these millions of cattle supply a lucrative international leather market valued in the hundreds of billions of dollars annually.

This leather trade shows how the wealthy world’s shopping habits are tied to environmental degradation in developing nations, in this case by helping to fund destruction of the Amazon despite its valuable biodiversity and the scientific consensus that protecting it would help to slow climate change.

It’s a fascinating read that highlights how interconnected the world is and our impact on the environment, even thousands of miles away.

One way auto upholstery shops can prevent contributing to the deforestation of the Amazon is to buy their leather from reputable suppliers. These suppliers will source their hides from tanneries that adhere to strict legal and environmental regulations.

Not sure where your supplier sources its leather? Just ask. Any reputable supplier will be happy to tell you.

We at The Hog Ring are excited to share with … END_OF_DOCUMENT_TOKEN_TO_BE_REPLACED

Interested in 3D routing, but think it’s too … END_OF_DOCUMENT_TOKEN_TO_BE_REPLACED

It’s no wonder the 1932 Ford Roadster is … END_OF_DOCUMENT_TOKEN_TO_BE_REPLACED

In continuation of our door panel series, … END_OF_DOCUMENT_TOKEN_TO_BE_REPLACED

I recently had the opportunity to work on a … END_OF_DOCUMENT_TOKEN_TO_BE_REPLACED

Faurecia, one of the largest automotive … END_OF_DOCUMENT_TOKEN_TO_BE_REPLACED