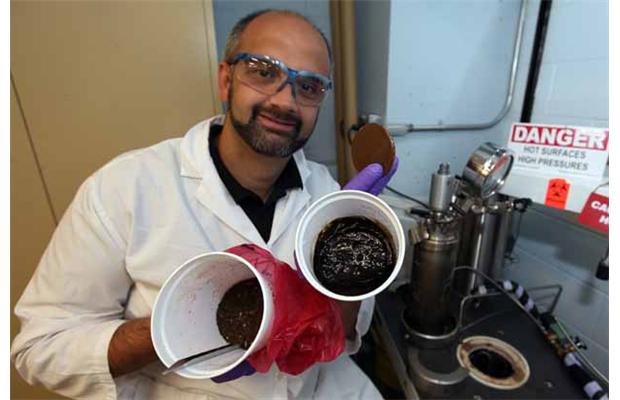 I’m waiting for Kia to start trimming its cars in squirrel tails, because the list of things that automakers are using to manufacture their cabins are getting weirder by the day.

We’ve already told you about Toyota’s use of sugarcane, Nissan’s use of water bottles, Ford’s use of recycled jeans pants and Hyundai’s use of volcanic rock. Now, the University of Alberta is developing new ways to use cow byproducts in cars – and I’m not talking about leather. They’re making interior plastics and headliners out of ground up cow carcasses.

“I would like to have all the plastic [in a car] made from renewable materials like this, that would be the best scenario,” Bressler said. [David Bressler is associate professor with the U of A’s department of agricultural, food and nutrition science.]

“But I think the automotive industry would be happy with 20 to 30 per cent.”

The North American food processing industry buries 5,000 tonnes of animal carcasses every week, which could be enough to produce about 3,500 tonnes of goo – the basic molecular building blocks extracted from the carcasses.

But that wouldn’t come close to the amount need for plastics in vehicles.

“The demand is orders of magnitude larger than could be produced. The auto industry could absorb whatever we could produce and it wouldn’t make a hiccup.”

But the bovine-based plastic should earn a premium price, and it could be a better use for the raw material than simply using it for biogas or fertilizer. [more]

I suppose recycling dead cows is better than burying them. It makes cars more Earth-friendly and creates an industry where one didn’t already exist – which, hopefully, means more jobs. I just wonder what happens to those that have Mad Cow Disease and how that might affect the cars they’re used in. Aren’t Toyota’s acceleration pedals made from plastic? Just sayin…

Since its debut in 2005, the fifth-generation … END_OF_DOCUMENT_TOKEN_TO_BE_REPLACED

In a previous article, we featured … END_OF_DOCUMENT_TOKEN_TO_BE_REPLACED

Oksana Ignatova of Stitch Girl Inc is a … END_OF_DOCUMENT_TOKEN_TO_BE_REPLACED