Its official, the Lamborghini Sesto Elemento will enter into limited production with its custom-tailored, skeleton seats intact!

The track-only supercar, which is constructed entirely out of carbon fiber, features a monocoque body structure (which is basically a single-shell construction technique). The frames of its seats are part of that structure – so they don’t slide forward or backward, and cannot be removed.

To ensure that drivers fit, Lamborghini plans to custom-tailor each interior to its intended driver’s body. Individually trimmed cushions – similar to those found in the Lamborghini Urus Concept – will then be mounted to the frames to add comfort and support. They also give the seats a unique skeletal look.

Lest you think that the Sesto Elemento prioritizes form over function, it will come equipped with the same 570-horsepower V10 engine and all-wheel-drive system as the Gallardo LP570-4 Superleggera. It will also have a top speed of 200 mph and blast from 0 to 60 mph in just 2.5 seconds.

For now, Lamborghini only plans to produce 20 models – each selling for an estimated $2.6 million. So, unless one of our customers happens to be a Saudi prince, it’s not likely that we’ll ever get to work on one.

Still, it’s nice to know that something this badass exists. 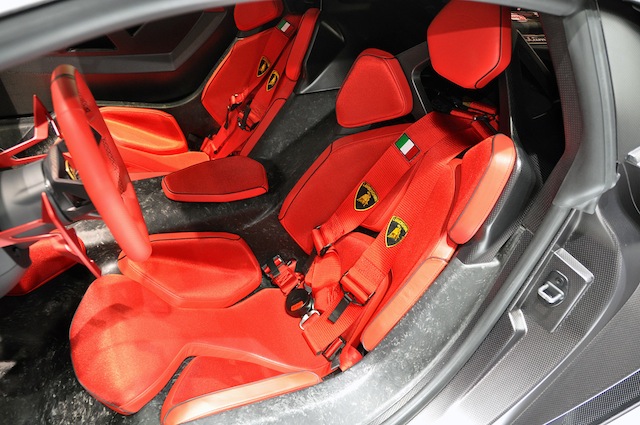 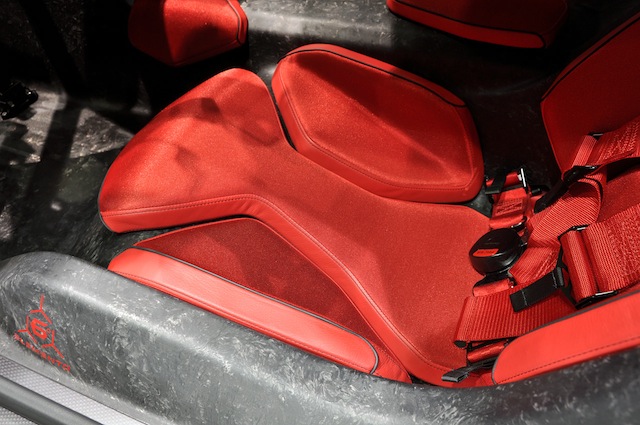 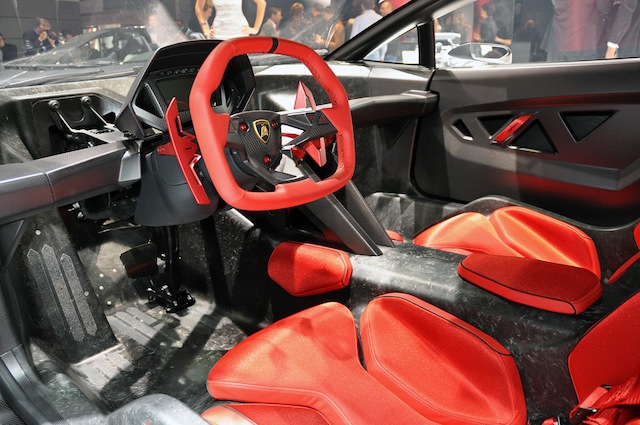 What do you think? Share your thoughts on the Lamborghini Sesto Elemento’s one-of-a-kind interior in the comments section below.

Trimmers have a long and storied past – one … END_OF_DOCUMENT_TOKEN_TO_BE_REPLACED

We’ve all been there before – standing … END_OF_DOCUMENT_TOKEN_TO_BE_REPLACED

After converting a 1961 Volkswagen single-cab … END_OF_DOCUMENT_TOKEN_TO_BE_REPLACED

Upholstering a vehicle’s trunk can be … END_OF_DOCUMENT_TOKEN_TO_BE_REPLACED