The self-driving vehicle, which is set to debut at next month’s Consumer Electronic Show in Las Vegas, features a load of quirky elements — from a backlit headliner to a fold-flat steering wheel. However, the most bizarre is its garden, located between the windshield and dashboard.

The ultimate eye-catcher is the small garden with enough space for growing radishes or even little Bonsai trees. Automotive supplier Kostal adds the element of nature to the car to make it a true third space. “Home+Garden” becomes “Car+Garden” – brought together by a custom removable planter. [read more]

Think it’s a joke? Take a look for yourself… 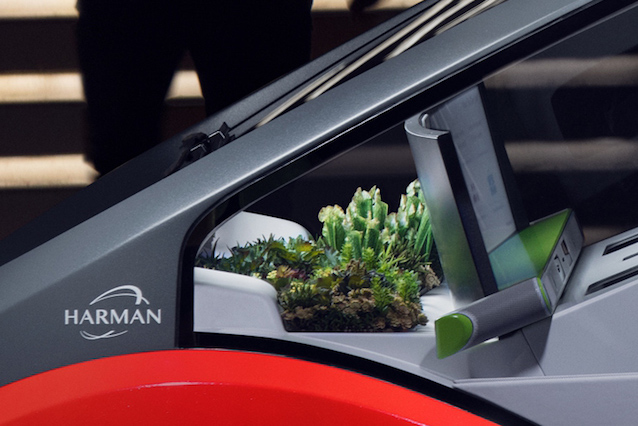 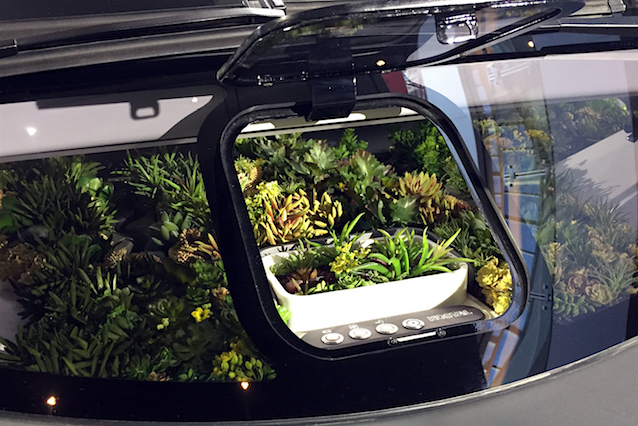 Of course, Oasis isn’t the first vehicle to double as a greenhouse. Earlier this year, we told you about Dhananjay Chakroborty, a taxi driver in India who transformed his cab into a roving garden. Before that, we highlighted a Chinese driver who grew a patch of grass on his Jetta’s roof.

Rinspeed, however, is the first automaker t0 take the idea seriously and incorporate it into a vehicle’s design. Strange? Yes. But remember, this is the same automaker that introduced inflatable upholstery.

Good idea or bad idea? Tell us what you think in the comments section below.

In his last video, Rick Valdez of Alchemy … END_OF_DOCUMENT_TOKEN_TO_BE_REPLACED

Seat airbags have complicated the work of … END_OF_DOCUMENT_TOKEN_TO_BE_REPLACED

Earlier this year, we reported on Nissan’s … END_OF_DOCUMENT_TOKEN_TO_BE_REPLACED

Mike and Jim Ring of Ringbrothers are skilled … END_OF_DOCUMENT_TOKEN_TO_BE_REPLACED