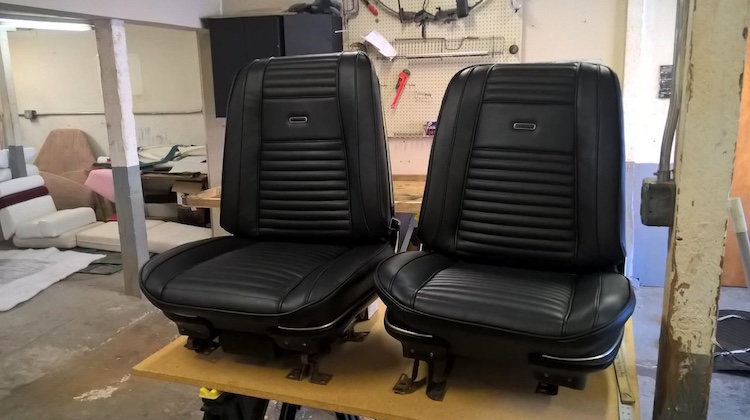 Police have charged a New York family with using their upholstery shop to defraud customers — and it’s not the first time.

The Crooked Stitcher — yes, that’s their actual shop name — allegedly accepted payment to upholster a customer’s boat. One year later and the work was still not complete. After the owner retrieved the boat, he filed a complaint with authorities who investigated and brought criminal charges.

They charged Joseph M. Fusco, 54, and Jennie E. Fusco, 48, of Fort Ann with felony grand larceny and misdemeanor criminal mischief, according to The Post Star. Police charged their son, Joseph F. Fusco, 25, with the same crimes.

If the Fusco family sounds familiar, that’s because we wrote about them in 2012. For more than a decade, customers have accused Joseph M. and Jennie Fusco of accepting payment for work they didn’t complete. The couple even served prison sentences for related crimes.

While Jennie Fusco admits they did not complete jobs in the past, she says this time they’re in the right. “The truth is, they finished the work on that boat and delivered it to him,” she told The Post Star.

“I’ve been losing so much business because of this,” Jennie Fusco told the newspaper.

While it’s up to the courts to decide who’s telling the truth, one thing is for sure: If you don’t treat customers right, sooner or later it’ll catch up to you.

Have you ever wondered how automotive carpet … END_OF_DOCUMENT_TOKEN_TO_BE_REPLACED

Whether you're a rookie or seasoned auto … END_OF_DOCUMENT_TOKEN_TO_BE_REPLACED

In recent months, there’s been some talk … END_OF_DOCUMENT_TOKEN_TO_BE_REPLACED