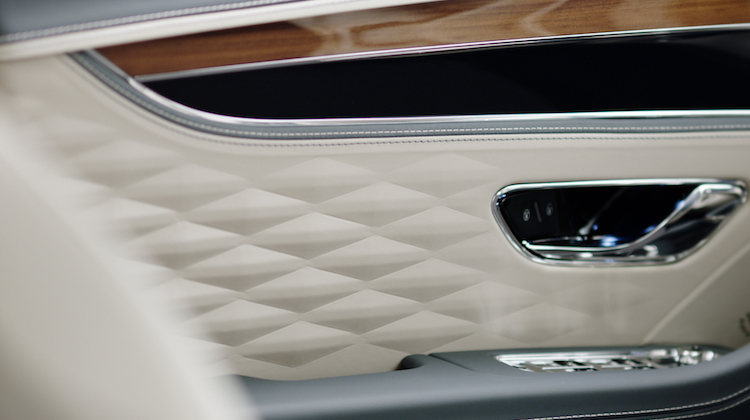 Craftsmen embossed — they did not sew — the pattern into the vehicle’s leather door panels. Bentley describes the design as “an automotive world-first.”

“The new material, developed by the team of exceptional craftsmen and women based in Crewe, England, is just one of many new, advanced features and technologies that Bentley will introduce with the third generation of its Grand Touring sedan,” Bentley Motors said in a statement.

The all-new luxury grand touring sedan is expected to debut later this year to mark Bentley Motors‘ 100th anniversary. The base model will start at more than $200,000.

Giving fair price estimates is one of the … END_OF_DOCUMENT_TOKEN_TO_BE_REPLACED

To back or not to back? That is the question. … END_OF_DOCUMENT_TOKEN_TO_BE_REPLACED