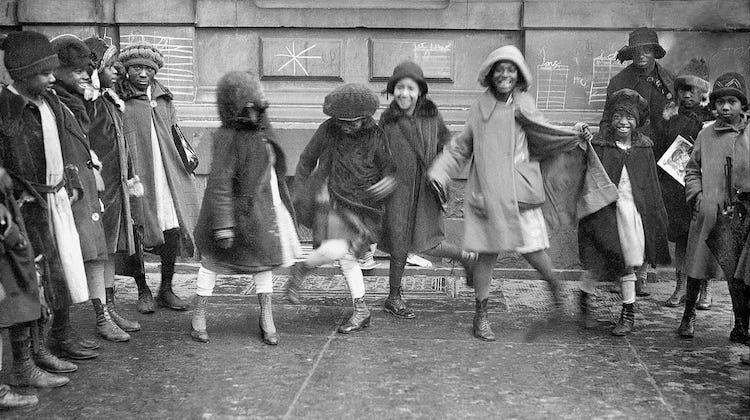 The New York Times reported a lot on the first production Model T, which was built in 1908. But it wasn’t until 15 years later that the iconic newspaper mentioned the phrase “auto upholstery.”

Interestingly, the NYT didn’t highlight a new interior design or fabric. Instead, it called attention to a social welfare program that was only made possible with the donation of auto upholstery scraps.

Laidlaw Company, a vehicle manufacturer in New York, had donated a truckload of wool, fur and other high-end textiles typically used in luxury cars to the Salvation Army — which sewed them into topcoats for little girls in the city’s poorest communities.

The program was such a success that the Salvation Army started partnering with other auto manufacturers to acquire even more scraps.

As far as we can tell, it’s the first time on record that auto upholstery was repurposed for clothing — a fairly common practice these days.

Use Auto Upholstery for Children’s Coats

How remnants of automobile upholstery are being made into warm and attractive topcoats for poor children was revealed yesterday by officials of the Salvation Army.

According to Mrs. Thomas Estill, who holds the title of Commissioner in the organization, the innovation was started about ten days ago, and within that brief period has developed into a thriving industry.

Scores of little girls have gone from the Relief Department to their tenement homes, she said, clothed in garments of the most expensive wool and of beautiful shades and patterns. In many instances the size of a remnant permitted the topcoat to be made of one material, but where the particular piece of cloth did not suffice, two and even three pieces were used in making a topcoat, and occasionally pieces of fur were added to the collar and sleeves.

“This new industry was started by a happy combination of a manufacturer’s generosity and Salvation Army resourcefulness,” Mrs. Estill explained. “The Salvation Army matrons make the coats and the innovation works a double blessing. Not only does it provide warm garments for children who have been shivering through the Winter’s cold, but it provides employment for a number of incapacitated old women who have been engaged by the army to do the sewing.”

She added that the industry started when the Laidlaw Company, manufacturers of automobile bodies at 18 West Sixtieth Street, decided that rather than discard remnants of the fine woolen materials that are used for upholstering expensive automobiles they would turn them over to the Salvation Army, in the hope that they could make some use of them. One of them communicated with Mrs. Estill, and she said: “Of course, send the materials down. I don’t know just at the moment what we shall do with them, but there isn’t anything in the world that we can’t put to some useful purpose.”

She said that when the company sent a truckload of the materials to the Salvation Army Headquarters, at 120 West Fourteenth Street, she summoned Staff Captain George Darby, who is in charge of the Relief Department, and he evolved the idea of making the remnants into topcoats for poor children. He employed several women to turn the materials into garments, and in a few days the Salvation Army had a new industry in full swing.

The success which the scheme encountered from the start caused Commissioner Estill to send urgent appeals to other automobile body manufacturers to turn over their remnants to the Salvation Army.

In 2011, Chevrolet introduced the convertible … END_OF_DOCUMENT_TOKEN_TO_BE_REPLACED

Over the last couple of years, trimmers have … END_OF_DOCUMENT_TOKEN_TO_BE_REPLACED

Need inspiration? Check out this video by … END_OF_DOCUMENT_TOKEN_TO_BE_REPLACED

Customers come to me all the time inquiring … END_OF_DOCUMENT_TOKEN_TO_BE_REPLACED