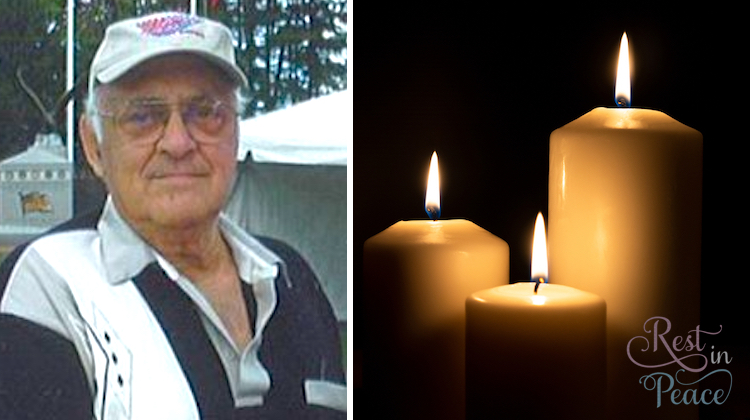 Fred, who was born on March 9, 1938, owned and operated Automotive Restyling and Vinyl Weld Auto Upholstery, where he customized classic cars and street rods. In addition to upholstery, he was known for making wild body modifications.

His obituary details his many accomplishments in the auto industry — from creating the first street rod with “wide wheels” to touring the country with George Barris:

His favorite place to be in the world was his beloved garage. There he built and customized award-winning (both national and local) cars and bikes of all kinds. His first and most personal build was his T-bucket hot rod which he created in Youngstown in 1962. He envisioned wide wheels for the back of his street rod but, at the time, wide tires were not being made.  An example of his ingenuity, he welded an extension on both sides of the back axel that would accommodate a total of four tires. This engineering marvel made his the first street rod in the country to feature “wide wheels.”  He restored his 1967 Jaguar XKE and customized his 1986 El Camino which features a chopped roof (his friends all told him that a chopped roof on an El Camino wasn’t possible – Fred just chuckled and successfully chopped the roof).

These two vehicles feature not only his signature stunning paint work but custom upholstery he designed and installed. Fred also had the good fortune to tour with “Cars of the Stars,” which gave him the opportunity to work with legendary George Barris the most well-known car customizer / builder in Hollywood.  Barris trusted Fred to make physical and mechanical repairs to such legendary vehicles as the Batmobile, the Bat Cycle, The Munster’s Coach, The Monkee Mobile, Frank Sinatra’s Zebra Mustang and many others. His nephew, Eric, and niece, Janeen, recall being the most popular kids in their neighborhood when Fred showed up one day to take their friends for rides on the Bat Cycle! Lastly, another accomplishment of which he was very proud was a 60’s style school bus which he converted into a state-of-the-art camper.  In design and functionality Fred’s bus camper rivaled many factory-built motor homes.  It featured four bunk style beds, a fully functioning kitchen, a hot and cold shower, a gas-powered heating unit, a pull-out couch for extra sleeping and he replaced the original manual transmission with an automatic.  His family enjoyed many wonderful camping excursions in Fred’s unique creation!

Sadly, Fred passed away on October 3, 2021. “Fred was a ‘one of a kind,’ selfless, generous, family-oriented man and he will be deeply missed by all who knew and loved him,” his obituary says.

Did you ever wonder how automakers make … END_OF_DOCUMENT_TOKEN_TO_BE_REPLACED

When Troy Trepanier of Rad Rides by Troy … END_OF_DOCUMENT_TOKEN_TO_BE_REPLACED

This is the first in a new series of articles … END_OF_DOCUMENT_TOKEN_TO_BE_REPLACED