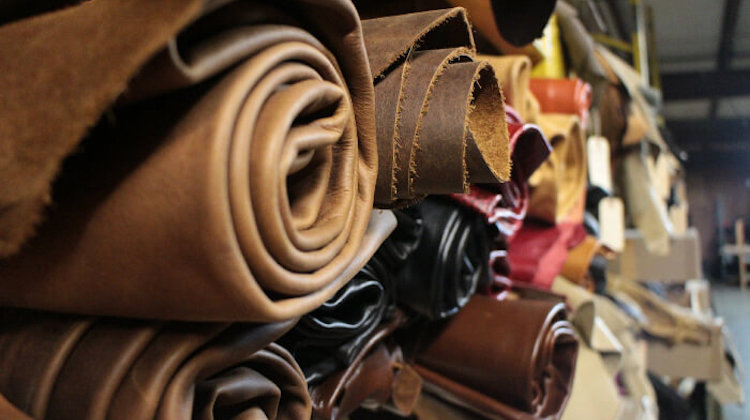 Why are makers of biomaterials, like cactus and mushroom leather, targeting the genuine leather industry instead of manufacturers of synthetic materials made, in part, with fossil fuels?

Hogarth notes the leather industry isn’t perfect, but has been making strides toward greater sustainability. “In 2022, the leather industry is more focused on sustainability than ever before and is taking the already circular nature of a natural, collagen-based biomaterial to new heights with more responsible chemistry, ethical sourcing, biodegradability, waste treatment and so much more,” he writes.

Synthetic materials, on the other hand, “are the worst offenders,” Hogarth says, because of “the danger they pose to the environment and their fossil-derived origins.” He’s talking about vinyls and other textiles made from polyurethane (PU) and polyvinyl chloride (PVC).

Hogarth says the “attack” on leather — which largely centers on environmental concerns, ethics, veganism and material performance — is misplaced and holds little merit.

Ultimately, he concludes the targeting of leather over synthetics comes down to money, and outlines a few interesting reasons why he believes that’s true. Read the full op-ed, Why are alternative biomaterials targeting genuine leather?, for his reasons

It’s an interesting argument that until now we haven’t heard anyone else make. But if we’re to assume Hogarth is correct, then another question arises: So what can be done about it?

His answer to that final question leaves a lot to be desired.

What do you think? Share your thoughts on this op-ed in the comments section below or our forum.

Every auto upholstery shop can benefit from … END_OF_DOCUMENT_TOKEN_TO_BE_REPLACED

Last year, we reported on the controversial … END_OF_DOCUMENT_TOKEN_TO_BE_REPLACED

"How much to slap a new vinyl top on my car?" … END_OF_DOCUMENT_TOKEN_TO_BE_REPLACED

Giving fair price estimates is one of the … END_OF_DOCUMENT_TOKEN_TO_BE_REPLACED