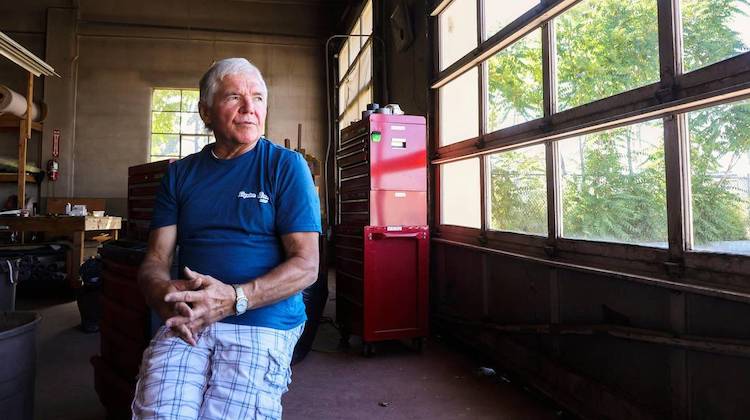 After more than 70 years in business, Boise Car Upholstery is calling it quits.

“I’ve had customers come in and cry because I’m closing the doors,” Terry Botkin, who has owned the trim shop for the last 40 years, told the Idaho Statesman.

Terry bought the business in 1982 from local businessman Jack Rhoads, who opened the shop 30 years prior. Rhoads had learned to sew in the US Navy, where he was tasked with repairing parachutes.

“It’s not something I ever pictured myself doing,” Terry said. “But it was intriguing to me, because I could do something with my hands, which I enjoyed. … going to a desk job wearing a suit and tie was not for me.”

After Jack sold the business to Terry, Jack stayed on for a few years to teach him the craft.

“He was a great mentor,” Terry said. “It was all just hands-on learning. No schooling, no training, just learning on the job.”

Since then, Terry has run the shop in an “old school” fashion, and has been quite successful. He attributes it to his customer service.

Terry says he wouldn’t change a thing. “I could have done other businesses that maybe would have been a better business, made more money,” he said. “But this was very gratifying for me.”

Now he looks forward to spending more time with his 19 grandchildren and fishing.

Please join us in wishing Terry a happy, healthy and fulfilling retirement.

Formal training at one of the country’s few … END_OF_DOCUMENT_TOKEN_TO_BE_REPLACED

Thanks to her beautifully crafted motorcycle … END_OF_DOCUMENT_TOKEN_TO_BE_REPLACED

In continuation of our door panel series, … END_OF_DOCUMENT_TOKEN_TO_BE_REPLACED

Everyone that calls your auto upholstery shop … END_OF_DOCUMENT_TOKEN_TO_BE_REPLACED

Our quest to bring you exclusive interviews … END_OF_DOCUMENT_TOKEN_TO_BE_REPLACED