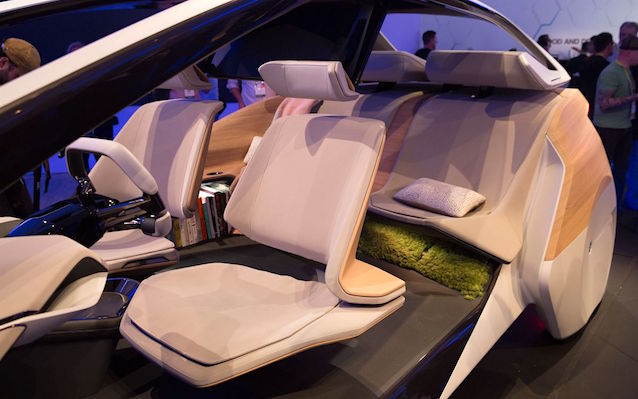 Remember when German automaker Opel pranked the industry by announcing it was introducing real grass upholstery? Everyone had a chuckle, but apparently not BMW — which just introduced a concept interior with living moss used as sound insulation.

But back to the moss! It’s located primarily under the backseat, is just as effective as synthetic noise deadening, and is way better for the environment. However, it’s not clear what type of care it will require. (Anyone who has ever grown moss knows that it needs to be trimmed and watered about three times a year.)

Yes, it’s all very weird. But you have to admire BMW’s ingenuity.

The business card has stood the test of time … END_OF_DOCUMENT_TOKEN_TO_BE_REPLACED

No one believed us when we said trimmers at … END_OF_DOCUMENT_TOKEN_TO_BE_REPLACED

Seat airbags have complicated the work of … END_OF_DOCUMENT_TOKEN_TO_BE_REPLACED