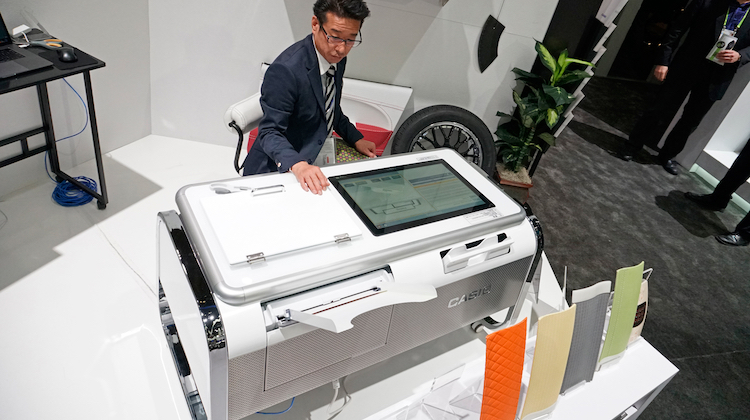 Casio’s new Mofrel printer was on full display at this month’s Consumer Electronics Show in Las Vegas, Nevada, where company reps showed attendees how it can be used to transform paper into faux leather.

Mofrel adds 3D textures to printouts, transforming flat paper into a range of textured materials resembling everything from wood to alligator skin. Users can even print diamond pleats with embossed stitching. 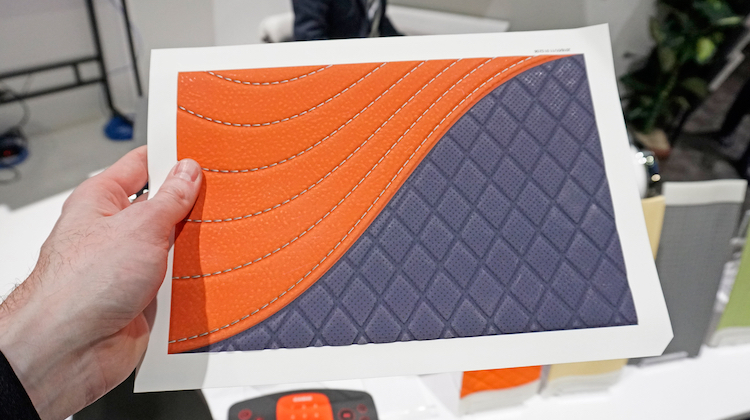 Of course, Mofrel is no ordinary computer printer. “The paper you feed into the Mofrel isn’t the same stuff used in the Xerox copier at your work,” says Tech blog Gizmodo. “Each sheet costs around $10, and is noticeably thicker, feeling more like card stock. It’s made up of multiple layers that include a base substrate of thicker paper stock, a layer of carbon molecules applied as a fine powder, and layers on top of that which can be printed on using standard inkjet inks.

“Using a special plugin for Photoshop, a texture is created by first printing a black and white image. The printout is fed back into the Mofrel printer where it’s hit by IR light.

“The darker areas of the printout absorb that light, which in turns causes the microscopic carbon particles underneath to expand, pushing the top layer up and creating an added layer of depth and texture you can feel but also see as light falls across it. That printout can then be fed back into the other side of the printer, and finished with standard inkjet inks to add color.” 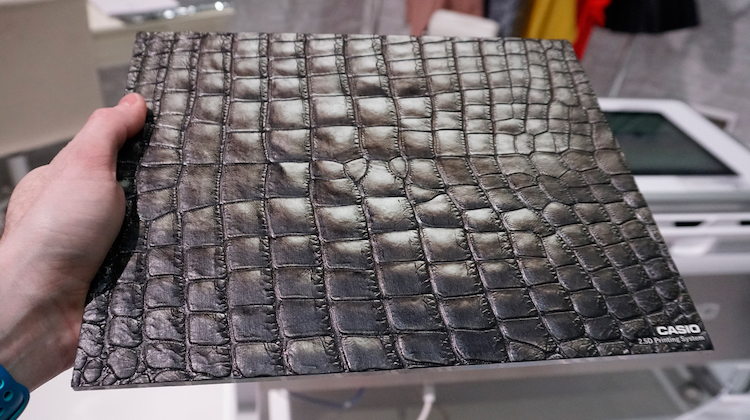 Nevertheless, the prints are still technically paper — which isn’t strong or flexible enough to upholster a car’s interior.

But Casio says that was never the point. Instead, the company says automakers, design firms and auto upholstery shops can use the technology to design cost-effective prototypes without having to invest lots of time and energy into actually trimming a car interior. Then, once a design is chosen, the real work can begin.

The technology signals a new and exciting chapter in the craft of auto upholstery, but its impact may be a long way out. For now, Mofrel is only available in Japan and sells for $50,000. Until it becomes cheaper and works its way West, trimmers are more than welcome to use The Hog Ring’s “Design Studio.”

My name is Marc Fisher, owner of Auto Trim by … END_OF_DOCUMENT_TOKEN_TO_BE_REPLACED

On the outskirts of Sydney, Australia, in the … END_OF_DOCUMENT_TOKEN_TO_BE_REPLACED

We’ve all been there before – standing … END_OF_DOCUMENT_TOKEN_TO_BE_REPLACED

No doubt, you repair and upholster a lot of … END_OF_DOCUMENT_TOKEN_TO_BE_REPLACED

Ever wonder why some headrests are difficult … END_OF_DOCUMENT_TOKEN_TO_BE_REPLACED