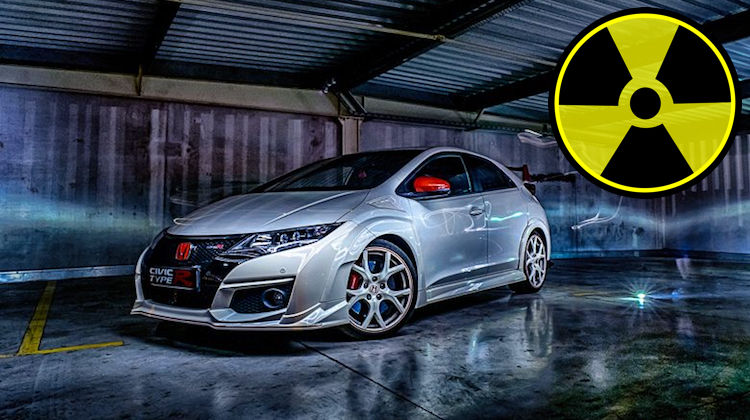 What’s the craziest thing you’ve found hidden in a car’s interior panel? Money? Drugs? How about a nuclear weapon?

Smugglers wrapped the dangerous substance in a bag and stuffed it inside the car’s shift boot.

Turkish police in the Black Sea region seize 18.1 grams of radioactive californium, an element used in nuclear weapons and reactors, worth around $72 million and held five suspects pic.twitter.com/qDNwqLEblO

Californium is named after the place where it was first synthesized in 1950 – University of California Radiation Laboratory. The only two countries that produce Californium are the United States and Russia.

Turkey is a prime smuggling route due to its geographical location between Europe and Asia, and proximity to Africa. Authorities are unsure where this haul of Californium was headed.

After making the discovery, police detained five suspects and sent the radioactive substance to the Turkish Atomic Energy Agency for analysis.

Oddly enough, this isn’t the first time we’ve heard of radioactive car interiors. In the past, Russia and Japan have experienced similar issues.

In continuation of our door panel series, … END_OF_DOCUMENT_TOKEN_TO_BE_REPLACED

Does your auto trim shop have a slogan? If … END_OF_DOCUMENT_TOKEN_TO_BE_REPLACED

There are a lot of DIY auto upholstery videos … END_OF_DOCUMENT_TOKEN_TO_BE_REPLACED

In the first installment of our two-part … END_OF_DOCUMENT_TOKEN_TO_BE_REPLACED