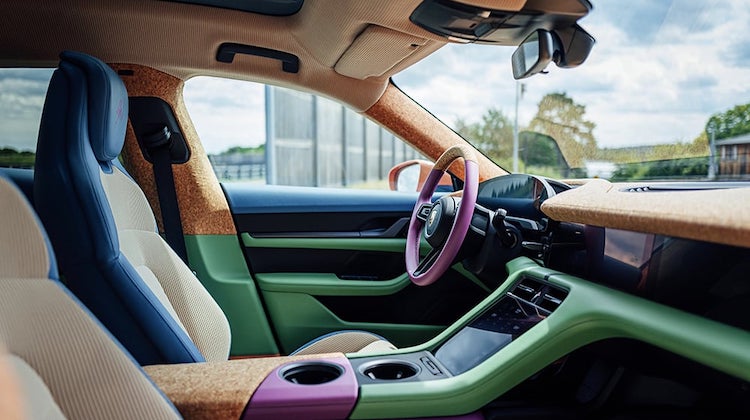 We all know that the term “vegan leather” is largely a misnomer. But have you ever heard it explained so well?

UK magazine Big Issue recently took up the question of vegan leather, explaining why it’s not as sustainable as the public thinks. In fact, we believe it’s the clearest and most concise explanation yet.

Products made from vegan leather usually look like leather but, unlike the real thing, they are not made from the tanning of animal skin.

The most common leathers come from cattle, sheep, goats, and horses but vegan leather is most often made from synthetic materials, such as polyurethane (PU) and polyvinyl chloride (PVC), which mimics the wrinkled texture of real leather, according to PETA. […]

It isn’t as sustainable as you might think it is, even if it is vegan. Leather made from synthetic materials may be cruelty-free, but they can be damaging to the environment too as they will end up in the oceans or landfill when they’re thrown out.

PU and PVC both take hundreds of years to decompose and will release toxic chemicals into the environment when they finally degrade. Plastic particles from synthetic clothes also contribute up to 35 per cent of the plastic pollution in our oceans globally.

However, it is not only after you’re finished with your vegan leather product that it can affect the environment. While wearing or using the product, the microfibres can shed and end up in rivers, lakes, and oceans.

The United Nations estimates around 11 million tonnes of microfibres enter the oceans each year. These fibres can be dangerous for the human body as they could cause cancer, damage to the reproductive organs, and genetic problems.

In short, this is why “vegan leather” is problematic — as a term and a product.

Of course, one can argue that genuine leather isn’t great for the environment either. Cattle farming and toxic chemicals used by tanneries raise all sorts of environmental and health concerns. There’s no shortage of information about that.

But to position a PU- or PVC-based textile as the solution is silly at best, and incredibly misleading at worst.

What did auto trim shops look like 150 years … END_OF_DOCUMENT_TOKEN_TO_BE_REPLACED

One of the questions that we often hear auto … END_OF_DOCUMENT_TOKEN_TO_BE_REPLACED

In the craft of auto upholstery, where … END_OF_DOCUMENT_TOKEN_TO_BE_REPLACED

You asked for it and we listened. Starting … END_OF_DOCUMENT_TOKEN_TO_BE_REPLACED

I found a tag attached to the bottom of a … END_OF_DOCUMENT_TOKEN_TO_BE_REPLACED